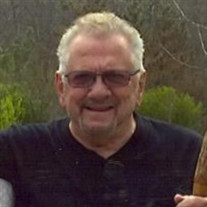 Anthony John Marzullo, son of Joseph John and Maria Rosa Diminno Marzullo, was born August 4, 1940, in Kingston, New York. He departed this life Monday, May 17, 2021, in his home, near Lebanon, Missouri, at the age of eighty years, nine months, and thirteen days. On November 21, 2014, he was united in marriage to Donald Richard Bowles, and they shared the last six years of love and happiness. His parents preceded him in death. Anthony is survived by his husband, Donald, of the home; two daughters, Ruth Guzman, and her husband, Ralph, of Clovis, California, and Donna Anderson, and her husband, Geoff, of Fresno, California; two sons, Joey Marzullo, and David Marzullo, both of Fresno, California; a number of grandchildren; a brother, Joe Marzullo, and his wife, Karen, of Clovis, California; several nieces and nephews; two special friends, Maureen Abbott and Sue DeVilla; as well as a host of other relatives and friends. He was raised in Fresno, California, and graduated from Fresno High School in the Class of 1958. He served his country faithfully in the United States Army from January 30, 1959, until March 19, 1962. After being honorably discharged from the Army, he returned to Fresno and began working for the Fresno Bee Newspaper, where he continued to work for forty-two years. Later, he was a real estate outside salesman for several years. For the last few years, he and Donald had made their home in the Ozarks, an area Anthony dearly loved, near Lebanon, Missouri. Anthony had followed the Catholic faith throughout his life. He was a member of the Lebanon Tea Party. In his spare time he enjoyed being on the beach, camping at Yosemite National Park and listening to his favorite rock group, CCR. He loved animals and especially his Rottweiler dogs, Damien and Keria, Bella, Mia and Maxie, and his cats, Violet, T-Rex and Garfield. He loved his family dearly and enjoyed spending time with his children and grandchildren. Anthony was a loving husband, father, grandfather, brother, uncle, and was a caring friend. He lived life to the fullest, and will be fondly remembered for his kindness, love, honesty, and hard work. He will be greatly missed by all those who knew and loved him. Services for Anthony John Marzullo, will be held at San Joaquin Valley National Cemetery in Santa Nella, California at a later date under the direction of Holman-Howe Funeral Home of Lebanon, Missouri. Memorials to the Wounded Warrior Project and the St. Labre Indian School in Ashland, Montana have been established and contributions may be made through the funeral home

Anthony John Marzullo, son of Joseph John and Maria Rosa Diminno Marzullo, was born August 4, 1940, in Kingston, New York. He departed this life Monday, May 17, 2021, in his home, near Lebanon, Missouri, at the age of eighty years, nine months,... View Obituary & Service Information

The family of Anthony J. Marzullo (Lebanon) created this Life Tributes page to make it easy to share your memories.