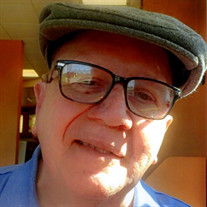 Arlin Clinton Chesney, son of Arthur and Elsie Earleen Woodyard Chesney, was born December 4, 1941, in Paradise, Kansas. He departed this life Friday, January 28, 2022, in his home, in Lebanon, Missouri, at the age of eighty years, one month, and twenty-four days. On June 27, 1989, he was united in marriage to Helen Joann King, and they shared thirty-eight years of happiness and memories. He was preceded in death by his parents; a daughter, Lily Chesney; and a great-grandson, Dalton Prater. Arlin is survived by his loving wife, Joann, of the home in Lebanon, Missouri; a daughter, Christina Chesney-Sellers, and her husband, Matthew, of Edmond, Oklahoma; a son, Clinton Chesney, and his wife, Amanda, of Sands Springs, Oklahoma; three step-daughters, Gina Stegall, and her husband, Kenneth, Elizabeth Marks, and her husband, Kevin, all of Lebanon, Missouri, and Shawna Dunagan, and her husband, Gregg, of Liberty, Missouri; twenty-one grandchildren, Tisha, Travis, Ashley, Ken, Jason, April, Colton, Jasmin, Christopher, Coraline, Keann, Jude, Anya, Tyrus, Jesse, Teresa, Melissa, C.J., Christopher, Rachel, and Sheena; eighteen great-grandchildren; as well as a host of other relatives and friends. He was raised in Kansas and graduated from Paradise High School. He then received his Bachelor and Master’s degrees from Bethany Nazarene College in 1973. He began serving as a Pastor for several years and ministered to churches in Kansas, Missouri, Florida, Georgia and Illinois. He then went into the retail grocery business and continued to finish his grocery career at Save A Lot Groceries in Brownsville, Tennessee, in 2015. For the last eight years he and Joann had made their home in Lebanon, Missouri. He liked tinkering, carving, designing things, and was very adventuresome. He was an avid reader and loved his family dearly. His faith was always at the center of his life. Arlin was a loving husband, father, grandfather, great-grandfather, and was a caring friend. We celebrate his life and know that his family and friends will hold tight to the wonderful memories he made for them during his lifetime. A Visitation Service will be held Wednesday, Feb. 2 from 5- 7 p.m. in Holman-Howe Funeral Home of Lebanon.

Arlin Clinton Chesney, son of Arthur and Elsie Earleen Woodyard Chesney, was born December 4, 1941, in Paradise, Kansas. He departed this life Friday, January 28, 2022, in his home, in Lebanon, Missouri, at the age of eighty years, one month,... View Obituary & Service Information

The family of Arlin C. Chesney (Lebanon) created this Life Tributes page to make it easy to share your memories.