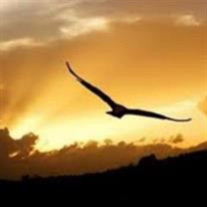 Billy Joe Harmon was born on March 8th, 1930 to Walter and Edith (Nimmo) Harmon in Buffalo, Mo. He departed this life on Friday, December 17th, 2021 at Citizens Memorial Hospital in Bolivar, Mo. At the time of his death he was 91 years of age. Bill attended Buffalo High School, graduating in 1949. After graduation, he and a buddy took a 2 week vacation. They each took $250 and they flew from New York City to Germany and toured Europe. They had the time of their life and Bill recently told us that he brought some of his $250 home! He attended the Charity Christian Church. He joined the Army and served from 1951-1953. Bill was a wireman, (communications officer) in Battery A 510th Field Artillery Battalion and served in the Korean War. The Army had issued him a driver, but he still preferred to drive himself around. Bill was just not the type of person to boast or brag about anything. After Bill got out of the Army, he went to work at Kraft Foods in Springfield, Mo. There he remained until retiring after 35 loyal years of employment. It is while he worked at Kraft that he met Ann. The kids never remember their dad missing work, even in deep snow he would park his car at the end of the road and he would walk to and from the car to go to work. At the age of 33, on December 28th, 1963, Bill married the love of his life—Ann. When they married folks joked that he was the oldest bachelor in Dallas County to get married! Their daughter Kim was born into that union, which completed their family, along with, David, Susie, Dianna and Wayne. Bill and Ann moved their family to Buffalo and soon after raised them on the farm on Center Point Road, where Bill lived until the time of his death. Bill is preceded in death by his wife Elizabeth Ann; his parents, Walter and Edith Harmon; his sister and brother in law, Bill and Betty Hendrickson; his son and daughter in law, David and Lynn Fielder; and grandson Davie Fielder. He is survived by his sister, Jane (Connie) McCurry, three daughters, Susie (Jack) Powell, Dianna (Jeff) Cowden, Kim (Wade) Hendrix and one son Wayne (Regina) Johnson; daughter in law, Mary Fielder; his grandchildren, Mike Fielder, Lori Pulley, Jenny Gardner, Jason Johnson, Kerrie Ambrose, Anthony Johnson, Lindsey Jasper, Amanda Nimmo, Phillip Hendrix and Joshua Cowden; his great grandchildren, Hunter, Logan, Lane, Krislyn, Jackson, Jace, Truett, Luke, Aria, Addison, Jayden, Austin, Tenley and Chais. He also leaves many other family and friends that will truly miss him. Memorial services for Billy will be 11:00 a.m. Tuesday December 28, 2021 in the Cantlon-Otterness & Viets Funeral Home in Buffalo, Missouri In lieu of flower the family requests memorials to be made to the Center Point cemetery in Elkland, Missouri To send flowers or a memorial gift to the family of Billy Joe Harmon please visit our Sympathy Store.

Billy Joe Harmon was born on March 8th, 1930 to Walter and Edith (Nimmo) Harmon in Buffalo, Mo. He departed this life on Friday, December 17th, 2021 at Citizens Memorial Hospital in Bolivar, Mo. At the time of his death he was 91 years of age. Bill... View Obituary & Service Information

The family of Billy Joe Harmon (Buffalo) created this Life Tributes page to make it easy to share your memories.