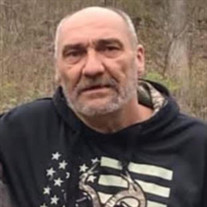 Billy Joe Rogers, Jr., son of Billy Joe Rogers, Sr. and Betty L. Decker Rogers, was born August 14, 1964, in Camdenton, Missouri. He departed this life Sunday December 19, 2021, in his home, near Lebanon, Missouri, at the age of fifty-seven years, four months, and five days. On March 31, 1985, he was united in marriage to Barbara Ann Crouch, and to this union two daughters were born. He was preceded in death by his parents; and a sister, Rita Terry. Billy is survived by his loving wife of thirty-six years, Barbara, of the home; a son, Jason Aldridge; two daughters, Sonya Lindsay Rogers, and Eric Olson, of Columbia, Missouri, and Lisa Michelle Rogers, and Gary Hough, of Lebanon, Missouri; six grandchildren, Brenden, Isaac, Ashton, Jayden, Kamaren, and Brittany; two brothers, Allen Rogers, of Lebanon, Missouri, and Christopher Rogers, of Talaquah, Oklahoma; four sisters, Brenda Crouch, Lisa Bond, both of Lebanon, Missouri, Debbie Kasler, of Hulbert, Oklahoma, and Sheila Savannah Soliz, of Carrier, Mississippi; a number of nieces and nephews; as well as a host of other relatives and friends. He was born and raised in the Camdenton area and then spent some time in Oklahoma and Kentucky. After he and Barbara were married, they made their home in Chouteau, Oklahoma and lovingly raised their daughters. Through the years, Billy worked as an auto body repairman. Later, he sold herbs, pharmaceuticals and botanicals for several years. He also liked cutting wood. He even volunteered to cut wood for MOCA to help heat homes for low income families. For the last few years, Billy and Barbara had made their home near Lebanon. In his spare time he enjoyed being outdoors where his favorite activities were fishing, hunting, and racing. He also liked watching western movies and television programs. He had a heart for helping underprivileged children. His family was very important to him and he especially enjoyed his grandchildren. Billy was a loving husband, father, grandfather, brother, uncle, and was a caring friend. We celebrate his life and know that his family and friends will hold tight to the wonderful memories he made for them during his lifetime Funeral services will be Thursday, Dec. 23 at 2 p.m. in Holman-Howe Funeral Home. Visitation will be one hour prior to service time in the funeral home. Burial will be in Pleasant Hill Cemetery. A memorial has been established and donations may be left at the funeral home.

The family of Billy Joe Rogers Jr. (Lebanon) created this Life Tributes page to make it easy to share your memories.