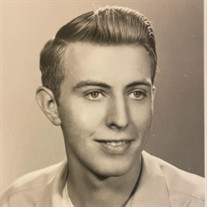 Bobbie Joe Schoffstall, son of Isaac Oliver and Ada Belle Nichols Schoffstall, was born December 11, 1935, in Liggett, Indiana. He departed this life Thursday, February 17, 2022, in his home, in Lebanon, Missouri, at the age of eighty-six years, two months, and six days. He was preceded in death by his parents. Bobbie is survived by his eleven children, Michael Allen Schoffstall, Julie Anne Vezer, Thomas Wayne Schoffstall, Jerre Lynn Schoffstall, Melissa Stadfield, Stephanie Helms, Armani Soto, Roslyn Marie Schoffstall, Jessica Lee Schoffstall, Aaron Isaac Schoffstall, and Ashley Michille Famania; twenty-three great-grandchildren; as well as a host of other relatives and friends. He was born during the Depression and grew up with no electricity or other necessities. He managed to overcome his adversity and was self-taught in many fields. He moved around quite a bit through the years. He served his country faithfully in the United States Air Force from 1958 until 1961 and was an aerial navigator. He was very proud of his military service. He was a gifted musician and was especially good at the jazz guitar and had been recognized as being a gifted finger picker. He was raised in the Methodist faith. He also enjoyed doing woodworking projects. He was a fan of Ford and airplanes, especially the P-51 Mustang. Bobbie was a loving father, grandfather, great-grandfather, and was a caring friend. We celebrate his life and know that he will be fondly remembered and greatly missed by all those who knew and loved him. Arrangements for Bobbie Schoffstall will be under the care and direction of the Holman Howe Funeral Home of Lebanon, Missouri.

Bobbie Joe Schoffstall, son of Isaac Oliver and Ada Belle Nichols Schoffstall, was born December 11, 1935, in Liggett, Indiana. He departed this life Thursday, February 17, 2022, in his home, in Lebanon, Missouri, at the age of eighty-six years,... View Obituary & Service Information

The family of Bobbie J. Schoffstall (Lebanon) created this Life Tributes page to make it easy to share your memories.