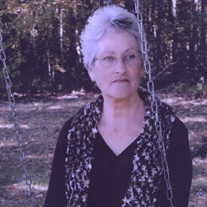 Bonnie Rae Bohannon, daughter of Jesse and Carrie Hamilton West, was born April 20, 1947, in Los Cruces, New Mexico and raised in Lebanon, Missouri. She departed this life Wednesday, February 16, 2022, in Mercy Hospital, in Springfield, Missouri, at the age of seventy-four years, nine months, and twenty-seven days. On October 24, 1969, she was united in marriage to Bill Bohannon and to this union one daughter and three sons were born. She was preceded in death by her parents; her husband, Bill; three brothers, Buck West, Cecil West, and Charlie West; four sisters, Louise Gerard, Bertha Roberts, Helen Grey, and Terrianne West. Bonnie is survived by her children, Billy Bohannon, and his wife, Laura, of Lynchburg, Missouri, William B. Bohannon, and his wife, Charmaine, Barbara Brackett, and her husband, Donnie, all of Lebanon, Missouri and Bryan Bohannon, and his wife, Regina, of Falcon, Missouri; twelve grandchildren; a number of great-grandchildren; four brothers, Roy West, Jess West, Jim West, and Jerry West; her sister, Violet Maynard; several nieces, nephews, great-nieces and great-nephews; as well as a host of other relatives and friends. Bonnie graduated from Lebanon High School. She and Bill continued to live in the Lebanon area and lovingly raised their family. In addition to being a devoted homemaker to her family, Bonnie also worked as a waitress and manager of the B & D Restaurant for twenty-nine years and at Lowe Boats for twenty-seven years. Bonnie made her profession of faith in Christ when she was ten years old and was a member of the Embry Church. She had a deep abiding faith in God that helped her through her life. In her spare time she enjoyed growing beautiful flowers, and was an avid reader, that was especially fond of mysteries and westerns. She also liked visiting with her best friend, Kathy Kelsey. She loved her family dearly and particularly liked spending time with her grandchildren. Bonnie was a loving mother, grandmother, sister, aunt, and was a caring friend. We celebrate her life and know that her family and friends will cherish the wonderful memories she created for them during her lifetime. Funeral services for Bonnie Bohannon will be Saturday, Feb. 26 at 2 p.m. at Holman-Howe Funeral Home. Visitation will be Friday evening, Feb. 25, from 5 - 7 p.m. in the funeral home. Burial will be in Grange Hall Cemetery. Arrangements are under the direction of Holman-Howe Funeral Home.

The family of Bonnie R. Bohannon (Lebanon) created this Life Tributes page to make it easy to share your memories.