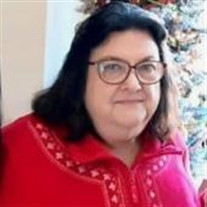 Brenda Joyce Jansen, daughter of Donald and Nadine Cantrell Gordon, was born, September 8, 1948 in Springfield, Missouri. She departed this life, Wednesday, September 15, 2021, in Arrowhead Senior Living Center, Osage Beach, Missouri at the age of seventy-three years, and seven days. On August 4, 1990 she was united in marriage to Ronald Jansen until his passing on June 17, 2016. Together they shared twenty-six years of marriage. She was preceded in death by her parents; husband, Ronald; a son, Bradley Schatz; and a grandson, Christian Schatz. She is survived by her daughter; Shelley Dougan and Mike Oakes of Camdenton, Missouri; two sons, William Schatz Jr. and wife Terri of Tampa, Florida, Matthew Schatz and wife Jan of Camdenton, Missouri; four grandchildren, Sara Baldwin and husband Dalton, Elizabeth Schatz, Alanna Dougan, and Rhinnon Schatz; one great-grandchild, Soaren Giarratano; numerous step-children, step-grandchildren and step-great-grandchildren; and her sister, Karen Noland as well as a host of nieces, nephews, other relatives and many friends. Brenda spent her elementary years in Stockton, Missouri, before moving to Malden, Missouri for a few years. She and her family moved to Springfield, Missouri where she graduated from Glendale High School in the class of 1966. Brenda met and married her children’s father shortly after graduating and lived in various locations until settling in Camdenton, Missouri. There she owned and operated an in-home childcare center for many years. Brenda made a profession of faith and she and Ronald attended various churches throughout the lake area. In her spare time, she and husband Ronald would love to go to auctions, attend local car races and take road trips through rural Missouri. She was an avid reader, loved cross-stitching, and listening to Elvis tunes. Most importantly spending time with her family and dear friends was what she enjoyed the most. She was a loving and caring mother, grandmother, sister, neighbor and friend. We celebrate her life and her accomplishments and will treasure the memories she created for her family and friends. Funeral services will be held 11:00 a.m., Tuesday, September 21, 2021 at Allee-Holman-Howe Funeral Home in Camdenton, Missouri. Burial will follow in Allee Memorial Gardens, Camdenton, Missouri. Visitation will be from 10:00 a.m. until time of service, Tuesday, September 21, 2021 in the funeral home. Memorial donations may be made to The American Cancer Society and left at the funeral home. Online condolences may be made at www.alleeholmanhowe.com.Arrangements are under the direction of Allee-Holman-Howe Funeral Home, Camdenton, Missouri. To send flowers to the family or plant a tree in memory of Brenda Joyce Jansen please visit our Tribute Store.

The family of Brenda J. Jansen (Camdenton) created this Life Tributes page to make it easy to share your memories.