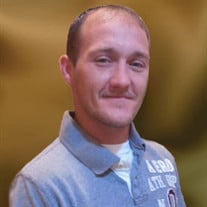 Brent Andrew Newcomer, son of Trent Andrew Menefee and Rhonda Newcomer, was born December 8, 1982, in Springfield, Missouri. He departed this life Friday, April 30, 2021, in his home, near Lebanon, Missouri, at the age of thirty-eight years, four months, and twenty-two days. He was preceded in death by his maternal grandparents; and his paternal grandmother. Brent is survived by his two sons, Tyson A. Newcomer, of Brighton, Iowa, and Kadyn Newcomer, of Washington, Iowa; a granddaughter, Aubree Newcomer; his mother and step-father, Rhonda and Brian Lewis, of Lebanon, Missouri; his father and step-mother, Trent Andrew and Angie Menefee, of Lebanon, Missouri; a brother, Ryan Hamberg, of Aimes, Iowa; two sisters, Ashley Hickenbottom, and her husband, David, of Riverside, Iowa, and Heather Voicey, and her husband, Lyle, of Aberdeen, North Carolina; several nieces and nephews; his paternal grandfather, Kenneth Menefee, and his wife, Dorothy, of Eldon, Missouri; as well as a host of other relatives and friends. He lived his early years in Missouri and then made his home in Iowa. He was living in Pulaski, Iowa until six months ago when he moved to Lebanon. Brent was a fun loving and joking kind of guy that loved his family and granddaughter. He loved fishing, gardening, riding his motorcycle, and just being Brent. He had a big heart and was extremely proud of his two sons and granddaughter. He enjoyed spending time with his dad in the garage working on cars. He also enjoyed going to the casino with his mom and step-dad. We celebrate Brent’s life and know that his family and friends will hold tight to the wonderful memories he made for them during his short lifetime. A memorial has been established and contributions may be made through the funeral home.

Brent Andrew Newcomer, son of Trent Andrew Menefee and Rhonda Newcomer, was born December 8, 1982, in Springfield, Missouri. He departed this life Friday, April 30, 2021, in his home, near Lebanon, Missouri, at the age of thirty-eight years,... View Obituary & Service Information

The family of Brent A. Newcomer (Lebanon) created this Life Tributes page to make it easy to share your memories.