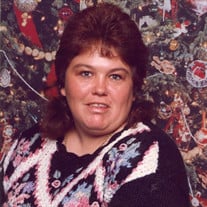 Carla Lavaughn Price, daughter of R. G. and Darlene Wilson Lillard, was born September 30, 1966, in Lebanon, Missouri. She departed this life Monday, May 10, 2021, in Lake Regional Hospital, in Osage Beach, Missouri, at the age of fifty-four years, seven months, and ten days. On February 14, 1999, she was united in marriage to Michael Price who passed away on December 26, 2019. She was also preceded in death by her parents; and a daughter, Amanda McBride. Carla is survived by a daughter, Rosetta Graves, of Lebanon, Missouri; two sons, William Graves, of Springfield, Missouri, and John R. Graves, and his wife, Brittany, of Grovespring, Missouri; a son-in-law, Eric McBride, of Strafford, Missouri; four grandchildren, Mariah, Levi, Zoey, and Taylor; a brother, Alan Lillard, of Lebanon, Missouri; a sister, Lettie Lillard, of Lebanon, Missouri; several nieces and nephews; as well as a host of other relatives and friends. She was born and raised in the Lebanon, Missouri area and graduated from Lebanon High School in the Class of 1984. In her youth, she was an award winning speed skater and loved roller skating. Early in her adult years, she owned and operated a bar for a time. She then made her home in South Carolina for twenty years, where she was a devoted homemaker. She eventually returned to Missouri and made her home in Richland, Missouri. She enjoyed playing the lottery and going to casinos. She had a fondness for frogs and liked collecting frog figurines. She also enjoyed traveling. Her life revolved around her family and she especially loved having time with her grandchildren. Carla was a loving mother, grandmother, sister, aunt, and was a caring friend. We celebrate her life and know that her family and friends will hold tight to the wonderful memories she created for them during her lifetime. Services for Carla Price will be Friday, May 14 at 11 a.m. at Holman-Howe Funeral Home in Lebanon, officiated by Rev. Allen Reeves. Visitation will be held Thursday, May 13 from 6 - 7:30 p.m. in the funeral home. Burial will be in Lebanon Cemetery. A memorial to her grandchildren's education has been established.

Carla Lavaughn Price, daughter of R. G. and Darlene Wilson Lillard, was born September 30, 1966, in Lebanon, Missouri. She departed this life Monday, May 10, 2021, in Lake Regional Hospital, in Osage Beach, Missouri, at the age of fifty-four... View Obituary & Service Information

The family of Carla L. Price (Lebanon) created this Life Tributes page to make it easy to share your memories.