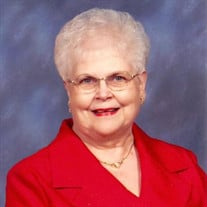 Catherine Jean Dinwiddie, daughter of Harold Joseph and Ecko Rozella Jones Basinger, was born November 12, 1937, in Zion, Illinois. She departed this life Sunday, July 4, 2021, in Lebanon North Nursing and Rehabilitation Center, in Lebanon, Missouri, at the age of eighty-three years, seven months, and twenty-two days. On March 13, 1968, she was united in marriage to Charles Arnold Dinwiddie, and to this union one daughter and one son were born. Catherine is survived by her loving husband of fifty-three years, Charles, of the home; a daughter, Lori Ann Piela, and her husband, Kevin, of Pleasant Prairie, Wisconsin; a son, Thomas Harold Dinwiddie, of Rockford, Illinois; five grandchildren, Crystal, Tiffany, Benjamin, Ethan, and Elizabeth; a great-grandson, Kevin, Jr.; two sisters, Shirley Wright, of Lombard, Illinois, and Ruth Randle, and her husband, Clifford, of Kenosha, Wisconsin; a sister-in-law, Tommie Dinwiddie, of Lebanon, Missouri; several nieces and nephews; as well as a host of other relatives and many friends. She was born and raised in Zion, Illinois and graduated from Zion High School. She then began working at the Zion State Bank, where she met Charlie. After they were married, they made their home in Zion, Illinois and lovingly raised their family. Later, Catherine became the accounting clerk for Schigma Bank for several years. When she and Charles retired, they moved to Lebanon, Missouri and made their home. Catherine made her profession of faith in Christ at an early age, and was a longtime, active member of First Baptist Church in Lebanon. She was involved in the church choir and sang with the Joyful Singers. She and Charles were currently members of Heritage Baptist Church. In her spare time she enjoyed knitting and crocheting, and also liked to bake. She loved music and had sung with the Chester Wood band for a time. The greatest joy in her life was spending time with her children, grandchildren and great-grandchild. Catherine was a loving wife, mother, grandmother, great-grandmother, sister, aunt, and was a caring friend. She will be fondly remembered for her beautiful voice, sweet spirit, and love for her Lord. We celebrate her life and know that her family and friends will cherish the wonderful memories she created for them during her lifetime.

The family of Catherine J. Dinwiddie (Lebanon) created this Life Tributes page to make it easy to share your memories.