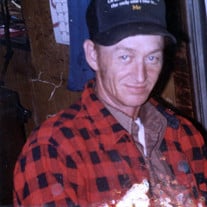 Charles (Charlie) Sherman Jones, Jr., son of Charles Sherman Jones, Sr. and Vivian Breedlove Jones, was born April 8, 1953 in Lebanon, Missouri. Charlie passed away Sunday, March 20, 2022 in Mercy Hospital, Springfield, Missouri at the age of 68 years, 11 months and 12 days. He was preceded in death by his parents; his siblings, Sue Fisher, Brenda Jones, Larry Jones, Floyd Jones and Cindy Campbell. Charlie is survived by two daughters, Selina Jones and Ivan Keen of Lebanon and Cindy Jones of Lebanon; six grandchildren, Charles Miller and his wife, Kera, Christopher Miller, Camren Miller, Joshua Jones, Dakota Jones and Noah Jones, all of Lebanon; two great-grandchildren, Serenity Miller and Charles Anthony Miller; his siblings, Steve Jones, Thomas Campbell, Linda Dowden and Emily Hitchcock; a number of nieces and nephews and other relatives and friends. Charlie was raised in the Roby and Success, Missouri areas. When he was only five years old, his father died and his step-father died when he was 13 years of age. He had to take on extra responsibility as well as helping raise his younger siblings. In 1973, Charlie married the love of his life, Toni LeAnn Yeager. They were married for 36 years. They were the proud parents of two daughters, Cindy and Selina Jones. Charlie became a “Jack of all Trades” and he worked for a time at the Saw Mill and also cut wood for many people in the area. He was a gifted carpenter and could make anything out of wood. He then joined the Road and Bridge Department for Laclede County where he was a valued employee for 29 + years. In his spare time, he loved to fish and was a self-proclaimed “World’s Best Fisherman”! He loved the outdoors and enjoyed muzzle loading during deer season. He loved his grandchildren and great-grandchildren and looked forward to time spent with them. Charlie was a treasure to his family and was talented at building things and figuring things out when situations arrived at work. He will be missed by his family and those that knew him. A memorial has been established to the family and those donations may be left at the funeral home.

The family of Charles (Charlie) Jones, Jr. (Lebanon) created this Life Tributes page to make it easy to share your memories.