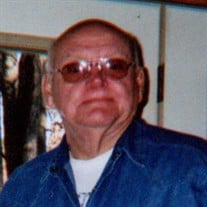 Charles Vernon Robbins, son of Harry Frank and Esther Marie Roberts Robbins, was born July 18, 1936, in Kansas City, Kansas. He departed this life Sunday, October 10, 2021, in Emerald Care Center, in Claremore, Oklahoma, at the age of eighty-five years, two months, and twenty-three days. On July 2, 1955, he was united in marriage to Wanda Marie Cole, and to this union one daughter and two sons were born. He was preceded in death by his parents; his wife, Wanda, on September 1, 2003; six brothers; and two sisters. Charles is survived by a daughter, Rhonda Buie, and her husband, Greg, of Vinita, Oklahoma; two sons, Kelly Robbins, and Clinton Robbins, and his wife, Cheri, all of Lebanon, Missouri; five grandchildren, Amy Porter, and her husband, John, Danny Fohn, and his wife, Shawn, Jennifer Braden, and Joe Dickenson, Christopher Robbins, and Chucky Robbins, and his wife, Crystal; eight great-grandchildren; five great-great-grandchildren; a number of nieces and nephews; as well as a host of other relatives and friends. He was born and raised in Kansas City, Kansas, and received his education there. After he and Wanda were married, they made their home in Kansas for a few years before moving to Lebanon, Missouri, where they lovingly raised their family. In 1972, Charles and Wanda established Ho-Humm Canoe Rental and Campground close to Bennett Spring, and operated the business for almost fifty years. Charles had made his home at the Lake of the Ozarks for the last few years before moving to Oklahoma when his health began to fail. He was a hard worker and would help anyone. He enjoyed meeting people from all over who came to camp and liked when they returned each year. In his spare time he enjoyed fishing and liked watching birds and wildlife. He loved sweets and especially pie and cookies. He loved his family dearly and enjoyed that almost everyone called him “grandpa” or “pops”. Charles was a loving father, grandfather, great-grandfather, great-great-grandfather, uncle, and was a caring friend. We celebrate his life and know that his family and friends will treasure the wonderful memories he made for them during his lifetime. Visitation will be held Friday, Oct. 15 from 5 - 7 p.m. in the Holman-Howe Funeral Home of Lebanon, Missouri. A memorial has been established to Parkinson's or Alzheimer's Association and may be left at the funeral home. Graveside services For Charles Vernon Robbins, will be held at 10:00 A.M., Saturday, October 16, 2021 at Mount Rose Memorial Park in Lebanon, Missouri under the direction of the Holman-Howe Funeral Home of Lebanon, Missouri with Rev. Matt Stowe officiating.

The family of Charles V. Robbins (Lebanon) created this Life Tributes page to make it easy to share your memories.