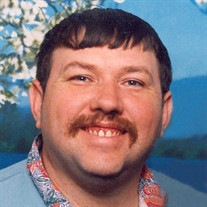 Dale Lee Williams, Sr., son of Lloyd L. and Hazel Warren Williams, was born October 20, 1967, in Columbia, Missouri. He departed this life Saturday, September 4, 2021, in his home, near Lebanon, Missouri, at the age of fifty-three years, ten months, and fifteen days. On April 1, 1997, he was united in marriage to Christy May Huckaby and they shared the last twenty-four years of happiness and memories. His parents preceded him in death. Dale is survived by his loving wife, Christy, of the home; two daughters, Kaylee Jade Newberry, of Springfield, Missouri, and an unspoken daughter; a son, Dale Lee Williams, Jr., of Lebanon, Missouri; a brother, Jerry Williams, of the State of Texas; three sisters, Cora Ruggles, of Kansas City, Missouri, Linda Kuhn, and Sharon Acklin, both of Lebanon, Missouri; several nieces and nephews; as well as a host of other relatives and friends. He lived most of his early years in the Lebanon area or in Burnet, Texas. After graduating high school, Dale worked at janitorial and grounds keeping jobs throughout his life. In 1995, he returned to the Lebanon area and after he and Christy were married, they made their home and lovingly raised their family. He enjoyed being outdoors where he particularly liked to fish. He had a good sense of humor and was a bit of a jokester. In his spare time he enjoyed doing projects with his hands. His family was very important to him and he loved having family gatherings. Dale was a loving husband, father, brother, uncle and was a caring friend. We celebrate his life and know that his family and friends will hold tight to the wonderful memories he made with them during his lifetime. Funeral services for Dale Williams, Sr. will be Friday, Sept. 10, at 11 a.m.at Holman-Howe Funeral Home in Lebanon. Visitation will be held one hour prior to the service in the funeral home.

The family of Dale Lee Williams, Sr. (Lebanon) created this Life Tributes page to make it easy to share your memories.