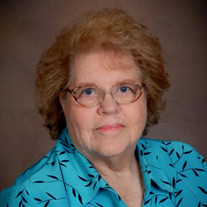 Darlene Bernice Feezor, daughter of John Pleasant and Sally Parr Flippo, was born September 27, 1933, in Kennett, Missouri. She departed this life Sunday, November 14, 2021, in Mercy Hospital, in Lebanon, Missouri, at the age of eighty-eight years, one month, and eighteen days. Early in her life she was united in marriage to Jimmy Lee Jones, and they shared many years of happiness and memories before his passing. On May 7, 2005, she was married to Billy Lee Feezor, and they shared nine years before Billy passed away on September 12, 2014. She was also preceded in death by her parents; a daughter, Pamela Jones; two sons, Marcus Jones and Daniel Jones; and an infant sibling. Darlene is survived by a daughter, Sandra Brayman, of Lebanon, Missouri; four grandchildren, Brandy, Adam, Seth, and Justin; eight great-grandchildren, Jordan, Juliana, Emily, Jett, Kayden, Kylie, Caden, and Landon; a brother, Jerry Flippo, of the State of California; a sister, Fay Moffit, of the State of Michigan; several nieces and nephews; a special friend, Orrien “Luke” Lucas; as well as a host of other relatives and friends. She was born and raised in Kennett, Missouri and then moved to California as a young adult. Darlene was a devoted homemaker through the years, and then moved to the Lynchburg, Missouri area where she began a career with the United States Civil Service. She continued with that for over twenty years. After she and Bill were married, they made their home in Lebanon, and enjoyed their retirement. Darlene had a deep abiding faith and enjoyed attending several churches through the years. She enjoyed going to the senior center where she liked dancing. She also enjoyed looking for antiques. She was a bit feisty but was steadfast in her convictions. She loved her family dearly and especially enjoyed her grandchildren and great-grandchildren. Darlene was a loving mother, grandmother, great-grandmother, sister, aunt, and a caring friend. We celebrate her life and know that her family and friends will cherish the wonderful memories she created for them during her lifetime. All services will be private.

The family of Darlene B Feezor (Lebanon) created this Life Tributes page to make it easy to share your memories.