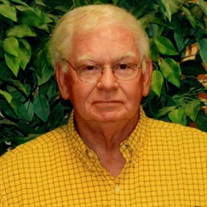 David Harold Chastain, son of Otis Henry and Barbara Leora Jones Chastain, was born March 13, 1945, in Lebanon, Missouri. He entered his heavenly home on Sunday, August 15, 2021, in St. Louis, Missouri, following a recent illness, at the age of seventy-six years, five months, and two days. On July 16, 1965, he was united in marriage to the love of his life, Marietta J. Reid, and they shared fifty-six years. David was Marietta’s best friend. He was preceded in death by his parents; a son, Brian D. Chastain, in 1990; his father-in-law and mother-in-law, Wayne and June Reid; and a brother-in-law, Bobby Howe. David is survived by his loving wife, Marietta, of the home; two brothers, Jerry Chastain, and his wife, Becky, and Jon Chastain, and his wife, Becky, all of Lebanon, Missouri; a sister, Joyce Schneider, and her husband, Charles, of Lebanon, Missouri; a sister-in-law, Darietta Howe, of Stoutland, Missouri; an aunt, Flossie Shamel, of Bolivar, Missouri; his nieces and nephews, Scott and Brice, Michael and Jeffrey, Jason, Derick, and Tyler, Brandon, Brittany and Wade, Chrissey and Kevin; a number of great-nieces and nephews; several cousins; as well as a host of other relatives and many friends, including lifelong friends, Leyman Moore, and Jim Clark. He was a lifelong resident of Lebanon, Missouri. He attended first grade at Newton School when he was five years old, because he wanted to go to school with his brother, Jerry. He graduated from Lebanon High School, in the Class of 1962. David was the Purchasing Manager for Landau Boats for over sixteen years, worked inside sales at Herrman Lumber, and outside sales at Overhead Door. He later worked for Specialty Stair and Rail until officially retiring. As a younger man, David professed his faith in Jesus Christ in 1981, and was saved and baptized at the First Free Will Baptist Church under the ministry of Joe Braddy. He was a charter member of the Green Hills Free Will Baptist Church and served his Lord on the Trustee Board and in various other positions. David had a quick wit about him and was a friend and encourager to many. In his younger years, he played sports on various church leagues, and was pretty good. Like all parents, summers were spent at ball fields with Brian. David grew up on the family farm where they milked and worked hard. He learned carpentry from his Dad, David was the family “fix-it” man for everyone. He spent many hours in his woodworking shop and especially enjoyed making wooden rocking horses for first birthdays, rocking chairs for second birthdays, and doll beds and bat holders for third birthdays and all of these for charity benefits. Broc, Blair, Preslea, Ty, Addy, Wesley, Victoria and Kalli were in the shop many times helping Uncle David, along with Weston and Ella from next door, who crossed the wooden bridge David made for them. David enjoyed coin collecting and loved it when he could have the help of the younger nieces and nephews. He and Brian hunted and fished together for many years. David enjoyed a number of fishing trips with his friends. David was an avid turkey hunter on the family farm and spent many times in Kansas pheasant hunting with family, Jim Clark and Danny Clemens. He taught his nephews turkey and deer hunting and the nephews spent time trying to teach Uncle David to Crappie fish. David could often be found spending time at the family farm and working on the many springs. Each September, David, Jon, Tyler, Wade, and Ty were on the First Free Will Baptist skeet team and they won several medals. He was very proud of his 1956 Chevy, driving it and placing it in local car shows, where he won several trophies. He also restored his Granny Ira Jones’ 1950 Ford. He could be found tinkering with both of them, and after backing his ’56 into a tree that was lining the drive way, it was cut down shortly after. David was a loving husband, brother, uncle, and was a caring friend to many. We celebrate his life and know that his family and friends will hold tight to the wonderful memories he made for them during his lifetime. Funeral services for Mr. Chastain will be Friday, Aug. 20 at 10:30 a.m. at Holman-Home Funeral Home of Lebanon. Those attending are requested to wear a mask. Friends may call at their convenience. Burial will be in Mount Rose Memorial Park. A memorial has been established to either the Gideon Bible Ministry or the Lebanon/Laclede Route 66 Society and memorials may be left at the funeral home.

The family of David H. Chastain (Lebanon) created this Life Tributes page to make it easy to share your memories.