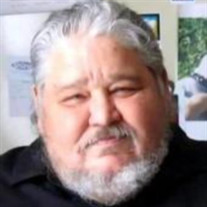 Dad passed away peacefully at home early this morning with our mom and other family by his side. There will be no services as per his wishes. David is survived by his loving wife, Naomi Childers; four children, Shelly and husband Randy Tannehill, Jody and husband Joe Meyer, David, and wife Keena Childers and Jason and wife Christa Childers; his sister, Carol and husband Rick Childers; and six grandchildren. He also leaves behind many friends and other family members who will truly miss him. David was born in Leon, Iowa to Reverend Vernon Childers and Mary (Goddann) Childers. As a child, his family moved around quite a bit due to his father being in the ministry. At the age of eight years old, his parents passed away and through the foster system he found his family and was raised by Wallace and Laverle Bauman, who raised all three children. Following his high school graduation, he was united in marriage to Naomi Smith on July 3,1969 and to this union four children were born. Together they loved to play music, David would play the guitar and Naomi would play the piano. They were very involved in the church; David would type all of Naomi’s father’s sermons. He was such great Dad, giving the whole family the best lives, he could give. He was kindhearted to all, respectful, caring, and had a great sense of humor. He was always a constant source of love, wisdom, correction, support, and laughs through every stage of my life. We knew this day would be coming soon, but it doesn't ease the sting and the tears don't seem to stop. Our hearts are broken. There's something special between a father and daughter that no other man will fulfill in her heart. Many of his qualities are engrained deep within us, including the not so pretty Childers stubbornness trait. Just ask any in-law married to a Childers about that. Yes, we’re selfishly sad and miss him deeply, but at the same time comforted that he is with Jesus in heaven and has been reunited with his parents who were tragically killed in a car wreck, as well as his 2 brothers and sister who preceded him in death. Arrangements are under the direction of Allee-Holman-Howe Funeral Home of Camdenton, Missouri. To send flowers to the family or plant a tree in memory of David Lawrence Childers please visit our Tribute Store.

Dad passed away peacefully at home early this morning with our mom and other family by his side. There will be no services as per his wishes. David is survived by his loving wife, Naomi Childers; four children, Shelly and husband Randy Tannehill,... View Obituary & Service Information

The family of David L. Childers (Camdenton) created this Life Tributes page to make it easy to share your memories.

Dad passed away peacefully at home early this morning with our...