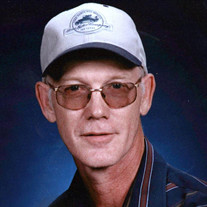 David Lee Hanning, son of Charles and Vernie Matthews Hanning, was born July 2, 1951, in Lebanon, Missouri. He departed this life Friday, February 18, 2022, in Mercy Hospital, in Joplin, Missouri, at the age of seventy years, seven months, and sixteen days. On June 1, 1998, he was united in marriage to Sarah Elizabeth Crapo, and they shared the last twenty-three years of happiness and memories. He was preceded in death by his parents; two brothers, Larry, and his twin, Darrell; and a sister, Janet. David is survived by his loving wife, Sarah, of the home, near Lynchburg, Missouri; three sons, Billy Volner, of Marshfield, Missouri, Brent Greathouse, of Falcon, Missouri, and Randy Acklin, of Marshfield, Missouri; six grandchildren; two great-grandchildren; two brothers, Lewis Hanning, and his wife, Deana, and Stanley Hanning, all of Lynchburg, Missouri; a sister, Ferrie Sapp, and her husband, Eddie, of Lynchburg, Missouri; a number of nieces and nephews; great-nieces and great-nephews; several cousins; as well as a host of other relatives and friends. He lived most of his life in the Lynchburg community and attended Nebo Schools. He graduated from Plato High School. He worked for the H. D. Lee Company for thirty-five years, and then was employed by Lowe Boats. After he and Sarah, were married, they made their home near Lynchburg, and enjoyed their retirement. David had made his profession of faith in Christ and was a member of Pine Creek Baptist Church. He liked being outdoors where his favorite activities were hunting, fishing and camping. He liked vintage Model T cars and owned a 1918 Model T Ford. His favorite cat was “Ashley”. His family was very important to him and he especially enjoyed having time with his grandchildren and great-grandchildren. David was a loving husband, father, grandfather, brother, uncle, and was a caring friend. We celebrate his life and know that his family and friends will hold tight to the wonderful memories he made for them during his lifetime. A memorial has been established and contributions may be made through the funeral home.

The family of David Lee Hanning (Lebanon) created this Life Tributes page to make it easy to share your memories.