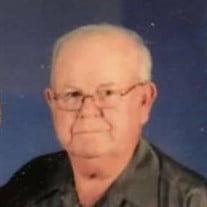 David P. Porter, son of Everett and Grace Kincaid Porter, was born July 18, 1943, in Lebanon, Missouri. He departed this life Wednesday, June 9, 2021, in Lebanon North Nursing and Rehabilitation Center in Lebanon, Missouri, at the age of seventy-seven years, ten months, and twenty-two days. On May 7, 1977, he was united in marriage to Ruth A. Massey, and to this union three daughters and one son were born. He was preceded in death by his parents; a granddaughter, Clarinda Porter; a grandson, Kenny Hillman; seven brothers, Roy, Faye, Jim, Bill, Kenny, Bob, and Sherman Porter; and two sisters, Freeda Berry, and Wilma Bowling. David is survived by his loving wife of forty-four years, Ruth, of the home; three daughters, Shelley Riggert, and her husband, Chris, of Harrisonville, Missouri, Tina Campbell, and her husband, Mike, of Independence, Missouri, and Charlotte Locker, and her husband, Jerry, of the State of Washington; a son, David Lee Porter, and his wife, Phyllis, of Ozark, Missouri; eight grandchildren, Rosie, Michael, Niki, Michael, Hayli, Dawson, Tyler, and Daysi; twelve great-grandchildren; a number of nieces and nephews; as well as a host of other relatives and friends. He was born and raised in Lebanon, and graduated from Lebanon High School. After he and Ruth were married, they made their home in Lebanon, and lovingly raised their family. Through the years, David worked at Independent Stave Company, Delbert Long Dairy, Lowe Boats, and Bear Trailer Company. David had made his profession of faith in Christ and was a member of Glad Tidings Pentecostal Church of God. He liked traveling and taking short vacations. He loved taking care of his home and yard. He enjoyed watching game shows on television and was particularly fond of Wheel of Fortune and The Price Is Right. He appreciated the simple things in life and had a good sense of humor. His family was very important to him and he especially liked having time with his grandchildren and great-grandchildren. David was a loving husband, father, grandfather, great-grandfather, uncle, and was a caring friend. We celebrate his life and know that his family and friends will hold tight to the wonderful memories he made for them during his lifetime.

The family of David P. Porter (Lebanon) created this Life Tributes page to make it easy to share your memories.