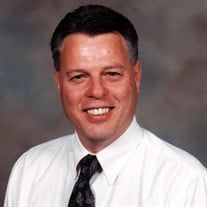 David Allen Veanes, son of Allen Eugene and Dorothy Thompson Veanes, was born February 6, 1955, in St. Louis Missouri. He departed this life Tuesday, April 19, 2022, in his home, in Lebanon, Missouri, at the age of sixty-seven years, two months, and thirteen days. On April 9, 1977, he was united in marriage to Peggy Lee Gant, and to this union one daughter and one son were born. His father preceded him in death. David is survived by his loving wife of forty-five years, Peggy, of the home, in Lebanon, Missouri; a daughter, Hannah Bowers, and her husband, John, of Lebanon, Missouri; a son, Matthan Veanes, and his wife, Caitlyn, of Lebanon, Missouri; four grandchildren, Micah, Lexie, Annabell, and Gabby; his mother, Dorothy Veanes, of Lebanon, Missouri; a sister, Valerie Upson, of Rochester, New York; as well as a host of other relatives and friends. He was raised in the St. Louis area and graduated from Riverview Gardens High School. He then earned his degree from the Olivet Nazarene University in Bourbonnais, Illinois. After he and Peggy were married, they made their home in Illinois and David worked for the Children’s Home. After moving to St. Louis, David worked for the St. Louis Ambulance Company as a paramedic. They then moved to West Plains, Missouri, where David was the director of the Howell County Ambulance Service. The family then moved to Lebanon where David worked as the Director of Cedar Ridge Treatment Center in Linn Creek Missouri. David had made his profession of faith in Christ and was a longtime, active member of Hillcrest Baptist Church, where he served as a Deacon. He enjoyed listening to music, fishing, and had coached sports. He excelled as a wrestler in college. He liked vacationing to Branson. His faith and his family were always at the center of his life and he especially enjoyed having time with his grandchildren. David was a loving husband, father grandfather, son, brother, and was a caring friend. We celebrate his life and know that his family and friends will hold tight to the wonderful memories he made for them during his lifetime. A memorial has been established to Shriner's Hospital Burn Unit in Galveston, Texas and donations may be made through the funeral home.

The family of David Allen Veanes (Lebanon) created this Life Tributes page to make it easy to share your memories.