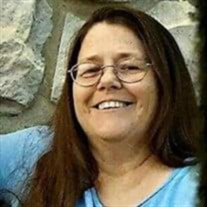 Deborah Yvonne Boothe, 62 of Bolivar, Missouri, passed away on Friday, November 12, 2021, at Phelps Health Medical Center in Rolla, Missouri. She was born on March 30, 1959, in Midland, Texas, The daughter of Alex “Gene” and Patsy Boothe. Debbie graduated from Dexter High School and attended Southwest Baptist University in Bolivar where she earned a degree in accounting. Debbie worked for the Bolivar Police Department for several years before beginning her career with the Greene County Sheriff’s Office. Debbie served in the Jail Division with Greene County for 18 years before her retirement in 2018. Throughout her career she touched numerous lives and made an impact on many people in Southwest Missouri. Through her life, Debbie had many interests and hobbies to include horses, collecting dolls, quilting, taking camping trips, and watching Star Trek. More than her hobbies, Debbie loved the time she was able to spend with her family, especially her grandchildren. Debbie was preceded in death by her father, Alex “Gene” Boothe. She is survived by her two sons, John Boothe of Bolivar and James Boothe of Miller, Her mother, Patsy Boothe of Hermitage, Her sister Regina “Jeannie” Geary of Hermitage, 10 grandchildren, several nieces, and nephews along with a host of other relatives and friends. To send flowers or a memorial gift to the family of Deborah "Debbie" Boothe please visit our Sympathy Store.

The family of Debora Boothe (Bolivar) created this Life Tributes page to make it easy to share your memories.

Deborah Yvonne Boothe, 62 of Bolivar, Missouri,
passed away on...