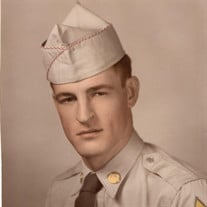 Delano Orvil Todd, son of Orvil and Gladys Prock Todd, was born August 10, 1932, in Competition, Missouri. He departed this life Thursday, February 17, 2022, in Lebanon North Nursing and Rehabilitation Center, in Lebanon, Missouri, at the age of eighty-nine years, six months, and seven days. On July 14, 1952, he was united in marriage to Ruth E. Lemon, and to this union one daughter and one son were born. He was preceded in death by his parents; five brothers, Furl, Melvin, Lannie, Roy, and Everett; and a sister, Juanita. Delano is survived by his loving wife of sixty-nine years, Ruth, of the home, near Falcon, Missouri; a daughter, Tina Waters, and her husband, Dale, of Falcon, Missouri; a son, Joe Todd, and his wife, Toni, of Falcon, Missouri; four grandsons, Billy Waters, Brandon Waters, Clinton Todd, and Eric Todd; eleven great-grandchildren, Tyler, Shay, Maggie, Tenlei, Mackenzie, Cole, Kelsey, Aarika, Liam, Bailey, and Delaney; several nieces and nephews; as well as a host of other relatives and friends. He lived his entire life in the Lynchburg and Falcon communities. He joined the military as a young man, and served his country faithfully in the United States Army from 1952 until 1954, during the Korean Conflict. He and Ruth made their home near Falcon and lovingly raised their children. Delano worked as a United States Civil Service carpenter and did lots of construction in and around Fort Leonard Wood, Missouri. In 2009, Delano made his profession of faith in Christ. He was a longtime member of the Laclede County/Lebanon Masonic Lodge and the Lebanon Shrine Club. He liked to build things and do woodworking projects. He enjoyed gardening and liked hunting and fishing. His family was very important to him and he especially enjoyed having time with his grandchildren and great-grandchildren. Delano was a loving husband, father, grandfather, uncle, and was a caring friend. We celebrate his life and know that his family and friends will hold tight to the wonderful memories he made for them during his eighty-nine years Funeral services for Delano Todd will be Tuesday, Feb. 22 at 2p.m. at Holman-Howe Funeral Home in Lebanon. Visitation will be held Tuesday from 1 p.m. until service time. Burial with full military honors will be in Pine Creek Cemetery. A memorial has been established to Pine Creek Baptist Church. Arrangements are under the direction of Holman-Howe Funeral Home of Lebanon, Missouri.

The family of Delano O. Todd (Lebanon) created this Life Tributes page to make it easy to share your memories.