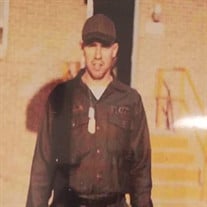 Delmer Oris Marcum, Jr., son of Delmer Oris Marcum, Sr. and Ovedia Register Marcum, was born June 7, 1952, in Plant City, Florida. He departed this life Thursday, June 9, 2022, in Lake Regional Hospital, in Osage Beach, Missouri, at the age of seventy years, and two days. On January 21, 1975, he was united in marriage to Elizabeth Lucus, and to this union two daughters were born. He was preceded in death by his parents; and a brother, Lester Marcum. Delmer is survived by his loving wife, Elizabeth, of the home, in Lebanon, Missouri; two daughters, Stacey Stone, and her husband, Adam, and Angela Stewart, and her husband, Mark, all of Lebanon, Missouri; four grandchildren, Joshua, Catherine, Christopher, and Carissa; two brothers, Terry Marcum and his wife Terri of Bolivar, Missouri, Wayne Marcum of Kansas City, Missouri; three sisters, Shirley Teubner and her husband Ronnie; Helen Jones, all of Lebanon, Missouri, and Pat Miller and her husband Mark of Hermitage Missouri; several nieces and nephews; as well as a host of other relatives and friends. He was raised in various locations in the United States and worked in factories for several years. After he and Elizabeth were married, Delmer decided to join the military and served his country faithfully in the United States Army for four years. After being honorably discharged, he began working as a truck driver. He continued in that line of work for over thirty years. He had recently retired from driving a school bus and a NRO bus. Delmer had made his profession of faith in Christ and was a member of Harvest Tabernacle – United Pentecostal Church in Lebanon. In his spare time he enjoyed fishing at Bagnell Dam and also taking his grandchildren to fish in Nelson Park. He especially enjoyed caring for his yard and garden. His family was very important to him and he greatly enjoyed spending time with his grandchildren. Delmer was a loving husband, father, grandfather, brother, uncle, and was a caring neighbor and friend. We celebrate his life and know that his family and friends will hold tight to the special memories he made for them during his lifetime.

The family of Delmer Marcum, Jr. (Lebanon) created this Life Tributes page to make it easy to share your memories.