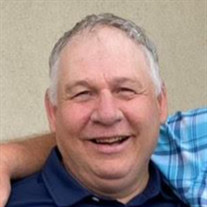 Dennis Dale Massey, son of Dale and Ruth (Camper) Massey, was born April 16, 1961 in Waynesville, Missouri. He departed this life Wednesday, March 23, 2022 in his home in Falcon, Missouri, at the age of sixty years, eleven months, and seven days. Dennis was preceded in death by his parents; one grandson, Blakely Davis; one granddaughter, Dericka Davis; Dean Towe, who was like a father to him; his step-father Bill Hale; and a special brother-in-law, Gerald Girens. He is survived by his daughter, Alecia Davis and husband Derick of Falcon, Missouri; a granddaughter Danika Davis; grandson, Brantley Davis; Marti Towe, who was like a mother to Dennis; and a special granddaughter, Kayce Rogers; sisters Daylene Goss, of Nixa, Missouri, Janetta Girens of Battlefield, Missouri; brothers, Brad Massey and wife Sherry of Marshfield, Missouri, Kevin Massey of Houston, Missouri, Calvin Massey of Cabool, Missouri, Billy Hale of Lebanon Missouri; Mae Vandergrift of Alabama; as well as a several nieces and nephews, and host of other relatives and many dear friends. Dennis always was ornery and he liked to tease everyone. His nickname was “Dennis the Menace” but his humor was joyous and created numerous smiles and laughter throughout the years. Dennis was a hard worker and dedicated twenty-six years working for Towe Construction Company where they all were like a family to him. He loved to run heavy equipment, was a math wiz and had a knack for numbers. Dennis never met a stranger and loved everyone. Dennis was a loving dad and grandfather. He lived his life for his children and grandchildren. Hearing his grandchildren say “Papa” always made him laugh and smile. We celebrate his life and accomplishments and will treasure the many wonderful memories he has created for his family and friends. Graveside services will be held at 2:00 pm Saturday, March 26, 2022 in Big Piney Cemetery, Plato, Missouri. No formal visitation is scheduled and friends may pay their respects at the funeral home until the day of services. Memorials may be made to the Lebanon Free Store Ministry and can be left at the funeral home. Arrangements are under the direction of the Holman-Howe Funeral Home of Lebanon.

Dennis Dale Massey, son of Dale and Ruth (Camper) Massey, was born April 16, 1961 in Waynesville, Missouri. He departed this life Wednesday, March 23, 2022 in his home in Falcon, Missouri, at the age of sixty years, eleven months, and... View Obituary & Service Information

The family of Dennis Dale Massey (Lebanon) created this Life Tributes page to make it easy to share your memories.