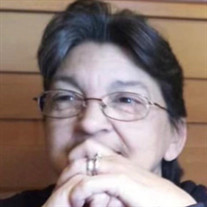 Diana Lynn Blankenship, daughter of Merle and Dorothy Clarkson Brillhart Harter was born March 11, 1954, in Harrisonville, Missouri. She departed this life Saturday, February 19, 2022, in her home, near Lebanon, Missouri, at the age of sixty-seven years, eleven months, and eight days. On December 21, 1996, she was united in marriage to Larry L. Blankenship, and they shared the last twenty-five years. She was preceded in death by her parents; and a brother, Dennis Brillhart, and her son, Stephen Jones. Diana is survived by her loving husband, Larry, of the home, near Lebanon, Missouri; three daughters, Tosha Castaneda, and her husband, Joseph, of Belton, Missouri, Tara Nutt, and her husband, Jerry, of Butler, Missouri, and Etta Zent, of Clinton, Missouri; three sons, Phillip Jones, and his wife, Heather, Perry Zent, all of Butler, Missouri, Dustin Kramer, and Jason Kramer, both of Springfield, Missouri; a stepson, Jason Stepp, of Lebanon, Missouri; twenty-two grandchildren; a number of great-grandchildren; as well as a host of other relatives and friends. She was born and raised in Harrisonville and graduated from Harrisonville High School. For a time, she lived in Kansas and then made her home in Marshfield, Missouri and the Springfield area. She had moved to Lebanon twenty-five years ago. She was a devoted homemaker to her husband and family, and had also worked at Casey’s for several years. She enjoyed going to thrift stores and garage sales. She was an avid reader and liked making a home for her husband. Family was always central in her life and she especially enjoyed having time with her grandchildren. Diana was a loving wife, mother, grandmother, great-grandmother, and was a caring friend. We celebrate her life and know that her family and friends will cherish the wonderful memories she created for them during her lifetime. A memorial has been established and contributions may be made through the funeral home.

Diana Lynn Blankenship, daughter of Merle and Dorothy Clarkson Brillhart Harter was born March 11, 1954, in Harrisonville, Missouri. She departed this life Saturday, February 19, 2022, in her home, near Lebanon, Missouri, at the age of sixty-seven... View Obituary & Service Information

The family of Diana L. Blankenship (Lebanon) created this Life Tributes page to make it easy to share your memories.