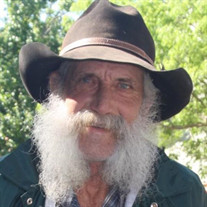 Donald Dean Reece, son of Harold and Neoma Ruth Gregg Reece, was born January 31, 1951, in Santa Barbara, California. He departed this life Wednesday, March 30, 2022, in Mercy Hospital, in Springfield, Missouri, at the age of seventy-one years, one month, and twenty-nine days. He was preceded in death by his parents; and a sister, Leita. Donald is survived by two daughters, Jennifer Ealand, of Rohnert Park, California, and Jamie Glaze, and her husband, Kevin, of La Grange, California; three sons, Adam Reece, and his wife, Christine, of Tucson, Arizona, John Reece, of Phillipsburg, Missouri, and Buck Reece, and his wife, Carla, of Petaluma, California; twelve grandchildren, Cheyenne, Samantha, Peyton, Dakota, Butch, Cassidy, Lane, Loretta, Jessalyn, Mark, Aubrey, and Justin; a great-grandchild, Paisley; two sisters, Donna Perryman, and her husband, Willard, and Wanda Reece, all of Lebanon, Missouri; several nieces and nephews; as well as a host of other relatives and friends. He was raised in California and graduated from Santa Ynez High School. He then began working for the forest service until entering the military as a young man. He served his country faithfully in the United States Air Force for several years. He returned to the forest service for a time before becoming a Ranch Cowboy for Rancho San Fernando Rey for almost ten years. He worked in construction for a while before going back to ranching at Triangle G Ranch where he worked for over twenty-six years. After retiring, he moved to Missouri and worked for the Mid-Missouri Stock Yards. His favorite place was in the saddle and his favorite people were family. In his spare time he enjoyed gardening, fishing, and roping. He never met a stranger, and he had a life lesson for anyone who would listen. He centered his life around his family and especially enjoyed his grandchildren and great-grandchild. He was also very proud of his military service. Donald was a loving father, grandfather, great-grandfather, brother, uncle, and was a caring friend. We celebrate his life and know that his family will hold tight to all the special memories he shared with them during his lifetime.

The family of Donald D. Reece (Lebanon) created this Life Tributes page to make it easy to share your memories.