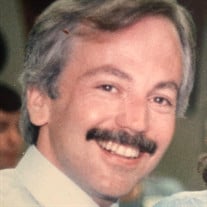 Douglas Alan Graves, son of J. F. and Eunice Sivewright Graves, was born October 30, 1954, in Springfield, Missouri. He departed this life Saturday, March 26, 2022, in his home, in Lebanon, Missouri, at the age of sixty-seven years, four months, and twenty-four days. On March 18, 1988, he was united in marriage to Janet "Jan" Lewis, and they shared the last thirty-four years of happiness and memories. He was preceded in death by his parents; a brother, Craig Graves; and his mother-in-law, Mabel Gregory. Douglas is survived by his loving wife, Jan, of the home in Lebanon, Missouri; a daughter, Angie Embry, and her husband, Darrin, of Lebanon, Missouri; two grandchildren, Karisa Appleton, and Kyler Dampier, and his wife, Katie; three great-grandchildren, Porter and Pryce Appleton, and Kolter Dampier; a sister-in-law, Sheila Graves, of Springfield Missouri; brother-in-law, Junior Gregory and his wife Donna of Lebanon, Missouri; sister-in-laws: Patty Brooks and her husband Roy of Springfield, Missouri, Sarah Czieryak and husband Clyde of Lebanon, Missouri, and Silvia Newell and her husband Richard of Lebanon, Missouri, and several nieces and nephews; as well as a host of other relatives and friends. He was raised in Springfield, Missouri, and graduated from Glendale High School. He then attended a business college. He decided to become an airplane pilot and earned his pilot's license. Doug had told his parents when he was four years old that he wanted to be a pilot as he really loved the movie Top Gun. He began his career as a pilot for KY-3 and then for Empire Airlines for several years. He loved flying and liked air shows. He enjoyed swimming and scuba diving in Florida. He was very musical talented and played the piano, guitar, accordion, and drums. He had sung in a quartet at one time. He also liked photography and enjoyed fishing. His family was central in his life and he especially enjoyed time with his grandchildren and great-grandchildren. Douglas was a loving husband, father, grandfather, great-grandfather, brother, uncle, and was a caring friend. We celebrate his life and know that his family and friends will hold tight to the wonderful memories he made for them during his lifetime. In lieu of flowers, a memorial has been established to the Bennet Spring Christian Church Camp and those donations may be left or mailed to the funeral home at 320 S. Adams Ave., Lebanon, MO 65536.

Douglas Alan Graves, son of J. F. and Eunice Sivewright Graves, was born October 30, 1954, in Springfield, Missouri. He departed this life Saturday, March 26, 2022, in his home, in Lebanon, Missouri, at the age of sixty-seven years,... View Obituary & Service Information

The family of Douglas Graves (Lebanon) created this Life Tributes page to make it easy to share your memories.

Send flowers to the Graves family.