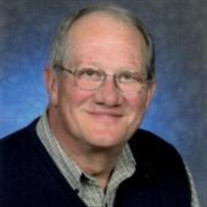 Edward (Ed) Fulton was born in Kansas City, Missouri to Floyd and Marie (Cales) Fulton. Following graduating high school from North Kansas City High Ed earned his degree in journalism from the University of Missouri. Ed worked for a newspaper in Montana for two years, then joined United Press International. He worked as a reporter/editor in bureaus in Kansas City, Missouri, Topeka, Kansas, Little Rock, Arkansas and Dallas, Texas. Promoted to state news editor in Texas and later California (San Francisco), he directed the news reports, bureaus and editorial personnel. Moving back to Texas in the mid 1980’s, Ed was communications center news editor, responsible for trunk news from the southwest, and primary lead writer for the nine-state Southwest Division. In 1992, owing to UPI’s imminent collapse, he joined HCI Publications in Kansas City, writing and editing for two magazines (one distributed in North America and the other internationally) for the hydroelectric industry. He was untied in marriage to the love of his life Donna Sue Smith in Kansas City on June 2, 1995. He retired in 2003. He and his wife, Donna moved permanently to the lake in 2004. He did quite a lot of golfing as a member of Lake Valley Golf & Country Club as well as, fishing, and sitting on the porch watching the lake. He leaves his wife, Donna, of the home; daughter Kristy Trouy (Joe); granddaughter Alison (Craig Kurjanski); brother David Fulton, sister Beth Buffe (Greg), as well as cousins, nieces, nephews and many friends. Heartfelt thanks to the dedicated personnel at Lake Regional Hospital System, and Hospice Care and Arrowhead Senior Living. Cremation. No services planned. Arrangements are under the direction of Allee-Holman-Howe Funeral Home of Camdenton, Missouri. To send flowers to the family or plant a tree in memory of Ed Fulton please visit our Tribute Store.