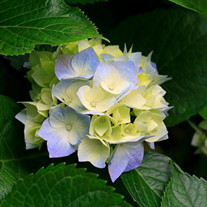 Elizabeth Lee O’Dell, daughter of James Leonard and Alma Elizabeth Holman O’Dell, was born January 13, 1937, in Lebanon, Missouri. She departed this life Tuesday, March 8, 2022, at Cox Medical Center South, in Springfield, Missouri, at the age of eighty-five years, one month, and twenty-three days. She was preceded in death by her parents; a brother, Stanley O’Dell; a sister, Marlene Harmon (and her husband, Jones); and a sister, Sharon O’Dell. Elizabeth is survived by two brothers, Edward O’Dell, and his wife, Evelyn, of LaPorte, Indiana, and Lynn O’Dell, and his wife, Cathy, of Independence, Missouri; two sisters, Patricia Lundquist, and her husband, William, of Deerfield, Illinois, and Alice O’Dell, of St. Charles, Missouri; a number of cousins as well as many nieces and nephews. She was born and raised in Lebanon, Missouri, and graduated from Lebanon High School. She then enrolled in the nursing program at Northwestern Memorial Hospital in Chicago, Illinois, where she received her nursing degree and worked for several years. She lived in San Francisco, California, twice where she also worked as a nurse. Following her father’s passing, she took over the care of the family farm, made her home in Lebanon and worked at Cox North Hospital in Springfield as an ICU nurse. Elizabeth was raised in the First United Methodist Church in Lebanon. She loved to travel, and enjoyed going to Broadway plays and musicals, and concerts. We celebrate her life and know that her family and friends will hold tight to the wonderful memories she made with them during her lifetime.

The family of Elizabeth Lee O'Dell (Lebanon) created this Life Tributes page to make it easy to share your memories.