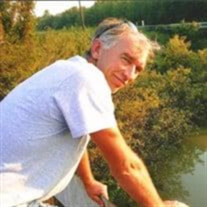 Freddie Lawrence Miller, son of the late Freddie Miller and Mary E. (Swanigan) Dampier was born on April 2, 1961 in Kansas City, MO and departed this life on December 25, 2021 in Springfield, MO. At the time of his passing he was 60 years, eight months, and 22 days of age. Fred was raised and attended school in Tunas and graduated from Buffalo High School. He spent his working career as and Iron Worker, traveling to many states and working hard to support his family. He was well liked by all who knew him, and he enjoyed being a jokester. He enjoyed hunting, fishing, and listening to Johnny Cash and the Rolling Stones. Fred was a member of the Buffalo Church of Christ. Fred was preceded in death by his father, Freddie Miller. He is survived by his wife, Debbie Miller; three sons, David and wife Lou Miller of Ozark, MO, Josh and wife Jill Miller of Buffalo, MO, and Joe and wife Ginny Miller of Buffalo, MO; one brother, David Miller of Pittsburg, MO; one sister, Clara and husband Donnie Harmon of Springfield, MO; nine grandchildren, Isaac and fiancé Maddie Dean, Izaiah, Skyler and wife Destany Mills, Whitney and husband Landon Jenkins, Jade Jenkins, Payne Jenkins, Jamie Miller, Jackson Miller, and Blake Miller; and three great-grandchildren, Lakyn, Beckham, and Liam. Funeral services will be held at 10:00 a.m. on Friday, December 31, 2021 in the Cantlon-Otterness & Viets Funeral Home with Pastor Mike Pace officiating. Escorts will be Isaac Miller, Izaiah Miller, Skyler Mills, Payne Jenkins, Cody Hicks, and Roy Miller. Honorary escorts will be Jackson Miller, Mike Thiesen, and Henry Thiesen. Interment will be in the Mission Ridge Cemetery under the care and direction of the Cantlon-Otterness & Viets Funeral Home of Buffalo. Visitation will be from 6:00-8:00 p.m. Thursday at the Funeral Home. In lieu of flowers, the family requests donations be made to the NRA. To send flowers or a memorial gift to the family of Freddie "Fred" Lawrence Miller please visit our Sympathy Store.

Freddie Lawrence Miller, son of the late Freddie Miller and Mary E. (Swanigan) Dampier was born on April 2, 1961 in Kansas City, MO and departed this life on December 25, 2021 in Springfield, MO. At the time of his passing he was 60 years, eight... View Obituary & Service Information

The family of Freddie "Fred" Miller (Buffalo created this Life Tributes page to make it easy to share your memories.