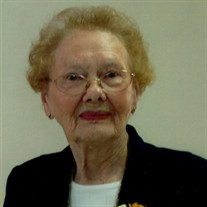 Freida Minnie Humphreys, daughter of Bert and Roberta Morrow McClanahan, was born January 3, 1927, in the house and farm still owned by the family near the Orla and Competition area. She departed this life Sunday, September 19th, 2021, in her home she and Robert created near Competition, Missouri, at ninety-four years of age. On December 14, 1943, she was united in marriage to Robert Humphreys, and to this union four daughters and one son were born. She was preceded in death by her parents; her husband, Robert on Feb 13, 1986; a grandson, Randy Randolph, a daughter and her husband, Janet and Stanley Rhoads; a sister, Beulah Griffin; and two brothers, Alva and Ralph McClanahan. Freida is survived by her son, Jerry Humphreys and his wife Sandra, three daughters, Joy Randolph and her husband Bob, Jean Cook and her husband Lonnie, Jani Tucker and her husband Zak, all of Lebanon, Missouri; twelve grandchildren, Brad, Lesley, Lori, Jina, Jason, Jill, Jeff, Jenny, Justin, Jali, Jera, and Bo; twenty-six great grandchildren; two great-great grandchildren; several nieces and nephews; as well as a host of other relatives and friends. She was raised in Laclede County on the family farm and graduated as Valedictorian of her class at Competition High School in 1943. She attended what is now Missouri State University in 1943 and taught at the Lower Odell School from 1943-1944. In 1945, she and Robert purchased a farm a few miles from her parents where they lovingly raised their family. Freida was a devoted wife and mother to her husband and children while gardening and working on their dairy farm. From childhood Freida was a longtime, faithful member of Fairview United Methodist Church. She was baptized in the church in 1939 at twelve years of age, and for the last ten years was the churches oldest member. She was the custodian for the church for over twenty years and was the Sunday School secretary for even longer. Freida was always present on Sunday mornings as long as her health would allow it, and encouraged her family to attend church wherever and whenever they could. She helped with all events the church hosted from gospel sings to pie supper fundraisers, and she encouraged others to pitch in and help out. She always tried to make sure the members were doing “the right thing” whether it was supporting neighbors in need or young children overseas. Freida joined the Orla Extension Club in 1945 and the Competition Chapter Order of Eastern Star in 1950. She was an active leader in both organizations and enjoyed the fellowship with people from both clubs through the years. She loved gardening, cooking, and sharing recipes with her close friends and neighbors. Her popcorn balls at Halloween and her dumplings for Thanksgiving and Christmas were highly sought after and cherished. Freida loved traveling. Before Robert’s passing they would spend a week or two each summer driving and traveling all over the country to different states and sites. After his death, Freida became a world traveler going to Hawaii, England, France, Germany, Austria, Italy, Switzerland, Australia, New Zealand, Ireland, Russia, Canada, Egypt and the Holy Lands. Freida loved her family and supported them in all their undertakings. She was a big believer in education and wanted her family to embrace all the possibilities that were given to them. She was a loving mother, grandmother, great-grandmother, great-great grandmother, sister, and aunt. She was also a caring and compassionate neighbor and friend. We celebrate her life and know that her family and friends will forever cherish the wonderful memories they had with her during her lifetime. Funeral services will be held Friday morning, September 24, 2021 at 11:00 A.M. at Holman-Howe Funeral Home in Lebanon, Missouri. Visitation will be one hour prior to the service. Burial will be in McBride Cemetery. A memorial has been established to Fairview United Methodist Church and donations may be left at the funeral home.

Freida Minnie Humphreys, daughter of Bert and Roberta Morrow McClanahan, was born January 3, 1927, in the house and farm still owned by the family near the Orla and Competition area. She departed this life Sunday, September 19th, 2021, in her... View Obituary & Service Information

The family of Freida M. Humphreys (Lebanon) created this Life Tributes page to make it easy to share your memories.