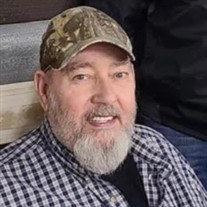 Garry Williams, son of Floyd H. and Loma I. Garrett Williams, was born February 5, 1948, in Morgan, Missouri. He departed this life Tuesday, August 17, 2021, in Harry S. Truman Veterans Hospital, in Columbia, Missouri, at the age of seventy-three years, six months, and twelve days. He was preceded in death by his parents; a granddaughter, Madyson Williams; a brother, Darrell Williams; and a sister, Patricia Andersen. Garry is survived by three daughters, Rhonda McCoy, of Mountain Grove, Missouri, Sharon Myler, and her husband, Damon, of Lebanon, Missouri, Kristen Sheppard, of Cabool, Missouri; a son, Garry Williams, and his wife, Rachel, of Conway, Missouri; fifteen grandchildren, Robert, and his wife, Shila, Robin, Rodney, Riley, and Ryan McCoy, Elizabeth, Addison, and Dalton Myler, Austin and his wife, Lexi, Olyvia, Elyse, and Gabe Williams, Tyler, and Tyson Sheppard, and Tanner Williams; five great-grandchildren, Robert, Haily, Michael, Isabella, and Easton; his twin brother, Jerry Williams, and his wife, Diana, of Lebanon, Missouri; two sisters, Peggy Nelson, of Lebanon, Missouri, and Lynn Harrill, of Springfield, Missouri; several nieces and nephews; as well as a host of other relatives and friends. He was raised in the Grovespring community and graduated from Hartville High School. He entered the military as a young man and served his country faithfully in the United States Navy from June 23, 1967, until May 21, 1971. He and his twin brother were both in the Navy at the same time and served side by side on the same ship. After being honorably discharged, he returned to Missouri and made his home in Manes and then in Lebanon for several years. He worked as a diesel mechanic before becoming a truck driver for the J. B. Hunt Company. For the last year, he had made his home near Conway, Missouri. He had been presented with the J. B. Hunt One Million Mile Safe Driving Gold Medal Award. He liked being outdoors where his favorite activities were fishing, hunting, trapping and prospecting for gold in Alaska. He was very proud of his military service and was always willing to share his opinion on things. He was also a proud Republican. His family was very important to him and he especially enjoyed having time with his grandchildren and great-grandchildren. Garry was a loving father, grandfather, great-grandfather, brother, uncle, and was a caring friend. We celebrate his life and know that his family and friends will hold tight to the wonderful memories he made for them during his lifetime. Services for Garry Williams will be Saturday, Aug. 21 at 11 a.m. at Holman-Howe Funeral Home. Visitation will be Friday evening, Aug. 20 from 5 - 6:30 p.m. in the funeral home. Burial will be in Mount Rose Memorial Park with full military rites.

The family of Garry Williams (Lebanon) created this Life Tributes page to make it easy to share your memories.