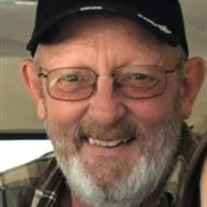 Gary Don Cook was born in Springfield, Missouri on September 26, 1953 to Sam and Louise Cook and passed away Thursday, September 16, 2021 at the Mercy Hospital with his family by his side. He was 67. Gary was the youngest of five children. He attended all twelve years of school at Buffalo, graduating in 1971. After high school he joined the Army serving in the 1st Battalion of the Airborne 509th Infantry as an Airborne Ranger, stationed in Vicenza, Italy. After his time in the Army, Gary worked for Kraft Foods for the next 34 years. In June of 1976 Gary married Gina (Wimberly). They spent 45 years together raising their girls and enjoying life with their precious family. Gary had a special bond with his girls. He adored them. He never ended a phone call or let them walkout the door without saying “Love You, Proud of You.” He always looked forward to family time. He was a very devoted Husband, Dad, and Pa. His grandchildren were so very precious to him. He spent quality time with each one of them. They know they were loved. Gary was a plain spoken man. He called it like he saw it. You knew exactly where you stood with him. He was known for his quick wit, and sense of humor. Our world will be forever changed by his passing. Gary was preceded in death by his parents; two brothers, Sammy and Harvey Lee Cook; and his mother and father-in-law Jim and Roann Wimberly. He is survived by his Wife Gina, his Daughters and Sons In Law, Christa and Chuck Davis, and Jessica and Nathan Stamburski, Grandchildren Austin Davis and Girlfriend Lexie Dill, Preston, and Grace Davis, his Sister and Brother In Law Mary and Ben Callahan, and a Brother and Sister In Law Mike and Glenda Cook. Memorial Services for Gary will be at 10:00 am Tuesday, September 21, 2021 with Bro. Al Christian officiating in the Cantlon-Otterness & Viets Funeral Home in Buffalo, Missouri. In lieu of flowers memorials may be made to the Tunnels to Towers Foundation. To send flowers or a memorial gift to the family of Gary Don Cook please visit our Sympathy Store.

Gary Don Cook was born in Springfield, Missouri on September 26, 1953 to Sam and Louise Cook and passed away Thursday, September 16, 2021 at the Mercy Hospital with his family by his side. He was 67. Gary was the youngest of five children. He... View Obituary & Service Information

The family of Gary Don Cook (Buffalo) created this Life Tributes page to make it easy to share your memories.

Gary Don Cook was born in Springfield, Missouri on September...