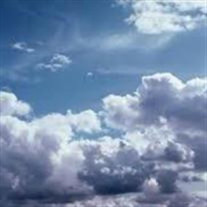 Gordon Keith Smith, son of Albert R. and Edith Nelson Smith, was born June 16, 1943, in Crosby, North Dakota. He departed this life Sunday, June 12, 2022, in Mercy Hospital, in Springfield, Missouri, at the age of seventy-eight years, eleven months, and twenty-six days. On May 25, 1965, he was united in marriage to Doris M. Leim, and they shared fifty-seven years of happiness and memories. He was preceded in death by his parents; his wife, Doris, on June 12, 2022; and two brothers, Floyd, and Elwood Smith. Gordon is survived by a sister-in-law, Susan Smith, of El Dorado, Kansas; two nephews, Brian Smith of Mays, Kansas, and Michael Smith and his wife Barbara of El Dorado, Kansas; great nephews and nieces, Spencer and Sebastian Smith; Samantha (Adam) Smith, Dyllan Smith (Ellison), and Emma Smith, as well as a host of other relatives and friends. He was raised on the family farm north of Flaxton, North Dakota. He graduated from Flaxton High School and then entered the military as a young man. He served his country faithfully in the United States Army for two years and then married Doris and they made their home in Lignite, North Dakota for many years. Gordon worked as a carpenter for a long time before he and Doris moved to Grovespring, Missouri about twenty years ago. He loved animals of all kinds but especially liked chickens. He greatly enjoyed building things in his spare time. Gordon will be fondly remembered and greatly missed by all those who knew and loved him. All Services will be private.

The family of Gordon Keith Smith (Lebanon) created this Life Tributes page to make it easy to share your memories.