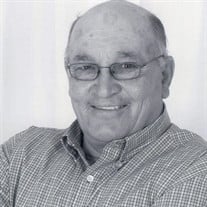 Hiram Abouth “Bud” Robinett, Jr., son of Hiram Abouth Robinett and Martha Bogart Robinett, was born August 20, 1949, in Tuscumbia, Missouri. He departed this life Wednesday, February 16, 2022, in his home, near Lebanon, Missouri, at the age of seventy-two years, five months, and twenty-seven days. On August 22, 2013, he was united in marriage to Barbara Jean Wedge, and they have shared the last eight years of happiness and memories. He was preceded in death by his parents; his first wife, Barbara Lee; and a sister, Juanita. Bud is survived by his loving wife, Barbara, of the home, near Lebanon, Missouri; two step-daughters, Neysa Combs, and her husband, Darren, of Ozark, Missouri, and Jennifer Bankes, of Nixa, Missouri; eight grandchildren, Monique Montgomery, and her husband, Darrell, Courtney McDaniel, Seth Shute, Keira Shute, Tiffany Reinhart, Audrey Reinhart, Andrew Gonzales, Jesse Stickley, and Brian Stickley; a brother, Tom Robinett, of Montreal, Missouri; two sisters, Janet Lang, of Dixon, Missouri, and Catherine Robinett, of Osage Beach, Missouri; several nieces and nephews; as well as a host of other relatives and friends. He was raised in the Brumley community and graduated from School of the Osage High School. He then entered the military as a young man, and served his country faithfully in the United States Marine Corps. While in the Marines he was stationed in Balboa Naval Base for part of his time. After being honorably discharged from the Marines, he began working in construction which he continued in for a number of years. It was during this time he learned and became very gifted in historical restoration of homes and businesses. He also took over management of the family farm. He also was involved in the Lebanon Fire Department for many years and became an arson investigator. Being outdoors and life on the farm made him happy. What he perhaps was most known for was his ability to talk and make connections with those he met. He never met a stranger and all who knew Bud knows he thoroughly enjoyed talking! Bud had made his profession of faith in Christ and was an active member of Oak Grove Baptist Church. He was a member of the Laclede County Masonic Lodge and the Plato Order of the Eastern Star. His family was very important to him and he especially enjoyed having time with his grandchildren and great-grandchildren. Bud was a loving husband, father, grandfather, great-grandfather, brother, uncle and was a caring friend. We celebrate his life and know that his family and friends will hold tight to the wonderful memories he made for them during his lifetime.

The family of Hiram "Bud" Robinett, Jr. (Lebanon) created this Life Tributes page to make it easy to share your memories.