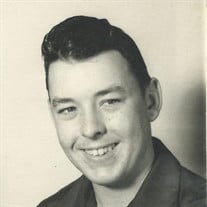 Homer Lloyd Iseman, son of Orville and Margaret Talley Iseman, was born March 26, 1937, in Burlington, Kansas. He departed this life Friday, May 6, 2022, in Marshfield Care Center, in Marshfield, Missouri, at the age of eighty-five years, one month, and ten days. On November 15, 1958, he was united in marriage to Karen L. Hootman, and to this union three sons were born. He was preceded in death by his parents; and his wife, Karen, on December 16, 2019. Homer is survived by three sons, Tony Iseman, and his wife, Brenda, of Lebanon, Missouri, Bill Iseman, and his wife, Amy, of St. Louis, Missouri, and Rick Iseman, and his wife, Deanne, of the State of Alabama; eight grandchildren; two great-grandchildren; four sisters, Shirley Louth, Betty May, Carol Seddon, and Charlotte Farley; several nieces and nephews; as well as a host of other relatives and friends. He was raised in Iowa and worked as a mechanic throughout his life. He had lived in Mt. Pleasant and Trenton, Iowa, then in Arkansas, followed by Climax Springs, Missouri and then Lebanon in 1979. Wherever he lived, he worked as a mechanic including in Lebanon for a few years. He enjoyed playing with his dog and raised cattle for his own pleasure. He had his own way of doing things and was steadfast in his convictions. His family was important to him and he especially enjoyed his grandchildren and great-grandchildren. Homer was a loving father, grandfather, great-grandfather, brother, uncle, and was a caring friend. We celebrate his life and know that his family and friends will hold tight to the wonderful memories he made for them during his eighty-five years. A memorial has been establish for the Alzheimer's Foundation and contributions may be made through the funeral home.

Homer Lloyd Iseman, son of Orville and Margaret Talley Iseman, was born March 26, 1937, in Burlington, Kansas. He departed this life Friday, May 6, 2022, in Marshfield Care Center, in Marshfield, Missouri, at the age of eighty-five years,... View Obituary & Service Information

The family of Homer L Iseman (Lebanon) created this Life Tributes page to make it easy to share your memories.

Send flowers to the Iseman family.