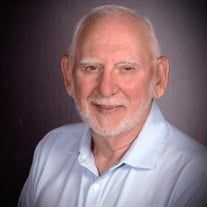 Howard Wayne Harrill, Sr. son of William “Bill” and Clara Peterson Harrill, was born February 23, 1945, in Lebanon, Missouri. He departed this life Monday, March 14, 2022, in Cox Medical Center South, in Springfield, Missouri, at the age of seventy-seven years, and nineteen days. On February 17, 1995, he was united in marriage to Mary Lou Munday, and they shared the last twenty-seven years of happiness and memories. He was preceded in death by his parents; a brother, Tommy Harrill; two sisters, Peggy Palmer and Ree McElvaney; and two great-granddaughters, Abigail and Gabrielle Copeland. Howard is survived by his loving wife, Mary Lou, of the home, near Lebanon, Missouri; three sons, Wayne Harrill, and his wife, Melissa, of Cache, Oklahoma, Jeff Harrill, and his wife, Stacy, of Lebanon, Missouri, and Justin Harrill, and his wife, Ashley, of Lawton, Oklahoma; eight grandchildren, Elissia, Taylor, Hayden, Reese, Lee, Coda, Harper, and Sam; four great-grandchildren, Carsen, Kennedy, Bennett and Henry; his step-children, Geri Sudman, and her husband, Andrew, and Tony Munday, and his wife, Melaney, Carmel Scherf and her husband, Tim and Joel Munday; two brothers, Bill Harrill, and his wife, Vera, and Stanley Harrill, and his wife, Debbie, all of Lebanon, Missouri; two sisters, Linda Harrill, of Lebanon, Missouri, and Gloria Lackey, of Bessamer City, North Carolina; a number of nieces and nephews; as well as a host of other relatives and friends. He was born and raised in the Lebanon area and graduated from Lebanon High School in the Class of 1963. He then entered the military as a young man and served his country faithfully in the United States Army for several years. He lived for a time in Alaska, but spent most of his life in the Lebanon area. He worked as a truck driver for many years, and then owned and operated his own trucking company for several years. Howard was raised in the Antioch Baptist Church, and was currently a member of St. Francis DeSales Catholic Church in Lebanon, Missouri. He was very involved in Veterans activities and was serving as President of the Vietnam Veterans Association. He had served on the Board of Directors of the American Legion Organization and also was a service officer. He enjoyed selling sweet potatoes for the Veterans each year. He was a large part of the AAMVC, an organization that participates in “Wreaths across America” and other events held in Veteran cemeteries. He enjoyed getting coffee with his friends, had a good sense of humor and especially liked children and enjoyed teasing them. He loved his family dearly and enjoyed having family gatherings. Howard was a loving husband, father, grandfather, brother, uncle and was a caring friend. We celebrate his life and know that his family and friends will hold tight to the wonderful memories he made for them during his lifetime.

The family of Howard Harrill, Sr. (Lebanon) created this Life Tributes page to make it easy to share your memories.