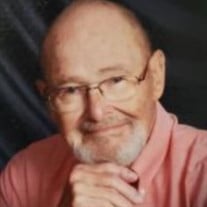 Jack Edwin Kirkham, Sr. went Home to his Savior on July 27, 2021. He was 87 years old. He was born October 7, 1933 in Jackson County, MO; the son of Earl L. Kirkham and Ruth M. Hinton. Jack attended Westwood Elementary School, and graduated from Shawnee Mission (North) High School, in Shawnee Mission, KS. He was united in marriage to Rosemary Hotmer on June 20, 1953, and to this union four children were born. He was preceded in death by his parents, Earl and Ruth Kirkham, his brother, Richard Kirkham, his wife of 65 years, Rosemary, His oldest son Jack, Jr., and five grandchildren – Stephanie, Steve, Greg, Tonya, and Stacy Swift. He is survived by his sister, Judith Graham of Shawnee, KS; his son, Richard A. Kirkham and wife Cindy of Olathe, KS; his daughters, Joy E. Dunmire and husband Dave of Ramsay, MT. and Dawn M. Kirkham and husband Kevin Hinkle of Springfield, MO; and daughters-in-law Claudette Gulick, Dixie Trester-Berry, and Melinda Lord Kirkham. He also had 11 grandchildren, 12 great-grandchildren and one great-great-grandchild, all of whom he loved so dearly. Jack was so very proud of his family. Jack loved sports, and coached his sons’ baseball and football teams. He was an avid Chiefs fan. At the age of 60, he rededicated his life to the Lord, and served as pastor for 20 years at the Montgomery and Lake View Baptist Churches at the Lake of the Ozarks where he and Rosemary retired in 1991. Under his pastor ship saw both congregations grow. Bible study and spreading the message of Salvation was his greatest delight. Following Rosemary’s death in 2018, he moved to Springfield, MO to live with his daughter, Dawn, where he reconnected with his childhood sweetheart Alice Jeanne (Bryan) Bettendorf. For two years prior to his death, Jack and Alice Jeanne reminisced about their childhoods, and enjoyed watching football and reading the Bible together. As his health began to fail, he moved to Olathe, KS to be with his son and daughter-in-law, Rick and Cindy Kirkham. After a short illness, he passed peacefully surrounded by loved ones. Jack’s legacy is the family he leaves behind and the lives he touched by his ministry. He considered these his greatest accomplishments. Jack touched so many lives that it would be impossible to list every one. We are all so very blessed to have been a part of his life. We celebrate his life and will treasure the many memories he has created for his family and many dear friends. Funeral services for Jack Kirkham will be Saturday, July 31 at 2 p.m. in Allee-Holman-Howe Funeral Home. A visitation will be held one hour prior to the service. Burial will be in Allee Memorial Gardens in Camdenton, Missouri. A memorial to the charity of your choice has been requested and donations may be left at the funeral home. To send flowers to the family or plant a tree in memory of Jack Edwin Kirkham please visit our Tribute Store.

The family of Jack E. Kirkham(Camdenton) created this Life Tributes page to make it easy to share your memories.

Send flowers to the Kirkham(Camdenton) family.