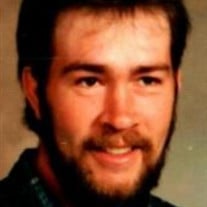 James Albert Rooffener, son of Clifford Rooffener and Naomi (Stover) Rooffener, was born December 24, 1964 in Jefferson City, Missouri. He departed this life, February 20, 2022, at his home in Camdenton, Missouri at the age of fifty-seven years, one month and twenty-seven days. On December 31, 1989 James was united in marriage to Jacque Quillin raising two children and remaining friends through the years until his passing. James was preceded in death by his parents and a sister, Margaret. He is survived by his ex-wife, Jacque Quillin-Rooffener; son, Dustin Rooffener; step-son, Lance Simons; one sister, Clara; and two brothers, George and Lindsey. As well as host of other relatives and many friends. James was raised in Camdenton and graduated from Camdenton High School. After school James started working in the concrete construction field which he did his entire life. In his spare time, he loved a cold drink, dancing, farming, and especially deer hunting his property down Hard Rock which was his nickname for many years. He was a loving and a caring, husband, dad, brother, neighbor and friend. We celebrate his life and his accomplishments and will treasure the memories he created for his family and friends. There are no formal services at this time but a celebration of life will be put together in the near future. Arrangements are under the direction of Allee-Holman-Howe Funeral Home of Camdenton, Missouri. To send flowers to the family or plant a tree in memory of James Albert Rooffener please visit our Tribute Store.

James Albert Rooffener, son of Clifford Rooffener and Naomi (Stover) Rooffener, was born December 24, 1964 in Jefferson City, Missouri. He departed this life, February 20, 2022, at his home in Camdenton, Missouri at the age of fifty-seven years,... View Obituary & Service Information

The family of James A. Rooffener (Camdenton) created this Life Tributes page to make it easy to share your memories.