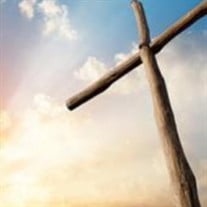 James William Wair, son of Truman and Sylvia Speaker Wair, was born July 28, 1927, in Lebanon, Missouri. He departed this life Sunday, July 18, 2021, in The Groves in Independence, Missouri, at the age of ninety-three years, eleven months, and twenty-one days. He was united in marriage to Shirley Irene Schafer and to this union two daughters and one son were born. He was preceded in death by his parents; his wife, Shirley; a son, Mark Wair; a sister, Helen Dodds, and her husband, Jim. James is survived by two daughters, Karla Hathaway, of Independence, Missouri, and Paula Snow, and her husband, Jeffry, of Blue Springs, Missouri; two granddaughters, Jessica Straley, and her husband, Harry, and Niki Baumgart, and her husband, Bryan, all of Kansas City, Missouri; two great-grandchildren, Harry Straley, III and Natalie Baumgart; three nephews, Steve, Bobby, and David Dodds; as well as a host of other relatives and friends. He was raised in the Stoutland community and graduated from Stoutland High School. He then entered the military as a young man and served in the United States Navy for two years during World War II. After being honorably discharged from the Navy, he began attending Mortuary School in St. Louis, Missouri, where he met Shirley. After finishing school, he and Shirley moved to Lebanon for a time and James worked for Dorsey Howe at Holman Funeral Home. He and Shirley then moved to Independence, Missouri where they lovingly raised their family. James continued his work as an embalmer for many years. James followed the Baptist faith throughout his life. In his spare time he enjoyed being outdoors where his favorite activity was fishing. His family was very important to him and he especially enjoyed spending time with his grandchildren and great-grandchildren. James was a loving father, grandfather, great-grandfather, uncle, and was a caring friend. We celebrate his life and know that he will be fondly remembered and greatly missed by all those who knew and loved him. Graveside services for James Wair will be Monday, July 26 at 2 p.m. at Harrill (Simlin) Cemetery near Stoutland, Missouri, officiated by Rev. Timothy Howe.

James William Wair, son of Truman and Sylvia Speaker Wair, was born July 28, 1927, in Lebanon, Missouri. He departed this life Sunday, July 18, 2021, in The Groves in Independence, Missouri, at the age of ninety-three years, eleven months,... View Obituary & Service Information

The family of James W Wair (Lebanon) created this Life Tributes page to make it easy to share your memories.