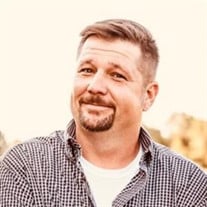 Jarod Daniel Coday, son of Danny Lee Coday and Norma Lou McIntosh Coday, was born February 6, 1979 in Springfield, Missouri and departed this life on July 19, 2021 at Cox South Medical Center in Springfield, Missouri at the age of forty-two years, five months, and thirteen days. He was preceded in death by his father, Danny, on July 7, 1987. Jarod is survived by his companion, Jennifer ”Jenn” Moore of the home; three children, Emilee Coday, of Hartville, Courtnee Hopper and husband, Coby of Mansfield, and Kelby Moore and fiancé, McKenzi Divine, of Hartville; three grandchildren, Garrett, Greyson, and Dawson; his mother, Norma Coday and David Tripp of Mansfield; brother, Dustin Coday of Mansfield; sister, McKenzie Walker and husband, Weston, of Houston, Missouri; grandfather, Bill Coday, of Springfield; niece, Lilly; many aunts, uncles, cousins, and a host of other relatives and many, many, friends. He was born in Springfield and lived all his life in Wright County. He graduated from Mansfield High School in the Class of 1997. He was the starting first baseman and played on back to back state championship baseball teams for the Mansfield Lions. He also was in the MHS Band and was a member of the Ozark Mtn. Players. Jarod had worked for Gray-Mc Contractors, had been the property manager for M & S Developments, worked in plastic pipe manufacturing at Ameriduct in Mtn. Grove working under his cousin, Brandon McIntosh, and was currently employed by Hutchens Industries in Mansfield. Jarod will be remembered for his love of music, including often serenading at the top of his lungs to friends and family. He loved sharing his knowledge of useless information, he would challenge you to a bet and if he was wrong, he could still find a way to make himself right. He took pride in his cattle, yard and land often doing controlled burns to the ire of his neighbors and local fire department. He enjoyed taking his daughter, Emilee, hunting (they may have been known to road hunt a time or two), going to the creek, visiting with friends and trips to the family deer camp. His presence was loud and commanded attention, he was truly the life of any gathering. Most of all, he will be remembered for his love of his family and his friends. In his spare time, Jarod loved singing, playing the guitar, dirt roading, spending time with family and friends and was quite proud that the Mansfield Baseball Teams were inducted into the Missouri Sports Hall of Fame. Jarod loved and cared deeply about family and friends. We are shocked at his sudden passing and are trying to remember the fun, laughter, loud singing, and special times we had together. He will be greatly missed. Services for Jarod Coday will be Friday, July 23 at 1 p.m. in Holman-Howe Funeral Home in Mansfield. Visitation will be Thursday, July 22 from 6:00 p.m. to 7:30 p.m. in the funeral home. Burial will follow in the McIntosh Cemetery northeast of Mansfield. A memorial has been established to the "Emilee Coday College Fund" and left at the funeral home.

The family of Jarod Daniel Coday (Mansfield) created this Life Tributes page to make it easy to share your memories.