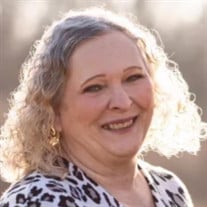 Jeana Beth Pollock Gilby, daughter of Quentin and Pauline Hoskins Donigan, was born January 25, 1959, in Lebanon, Missouri. She departed this life Friday, February 11, 2022, in Mercy Hospital, in Joplin, Missouri, at the age of sixty-three years, and seventeen days. On March 8, 1980, she was united in marriage to Danny Pollock, and to this union one daughter and one son were born. They shared twenty-six years of happiness and memories before Danny’s passing on September 14, 2006. On September 22, 2012, she married Darin Gilby and they have shared the last ten years of memories. She was also preceded in death by her father. Jeana is survived by her husband, Darin, of the home, near Falcon, Missouri; a daughter, Danielle Shoemaker, and her husband, Ryan, of Lebanon, Missouri; a son, Tyler Pollock, and his wife, Stephanie, of Lebanon, Missouri; four grandchildren, Matthew, Kaylee, Houston, and Stetson; her mother, Pauline Donigan, of Lebanon, Missouri; her sister, Gayla Johnson and her husband, John of Lebanon; brothers-in-law and sisters-in-law, Saundra McCarter, Lisa Addis, and her husband, Mike, Randy Gilby, and his wife, Mary Beth, Scott Gilby, and his wife, Phyllis, Darrell Pollock, and his wife, Suzie, Rusty Pollock, all of Lebanon, Missouri, Chris Pollock and Pamela McIntire, and her husband, Mike, of Kansas City, Missouri; a number of nieces and nephews; as well as a host of other relatives and friends. She lived her entire life in the Lebanon area and graduated from Lebanon High School where she was very active in the vocal music department. She was gifted a beautiful singing voice and developed into an accomplished vocalist. She was employed by Commerce Bank for many years, and then worked along with her husband, Danny, in operating their grocery store. She later worked at Bright Beginnings Daycare before joining the Griffin’s at Flower Basket where she was considered part of the family. Jeana was raised in Emmanuel Chapel Church where she professed her faith in Christ early in her life. She sang in the Lighthouse Quartet for several years. She had a deep abiding faith which endured through the years. Later, she became an active member of Southern Heights Christian Church and she was always willing to sacrifice for others. In her spare time she enjoyed shopping, antiquing, and going to garage stores, as her grandkids called them. She loved music and one of her favorite musicians was Randy Owens from Alabama. She had a delightful sense of humor and loved to laugh. She was a great “no bake cookies” maker and always had gum in her purse for her grandchildren. She took pride in her appearance and always tried to look her best. She loved her family dearly and especially enjoyed ambushing her grandchildren with a kiss. Jeana was a loving wife, mother, “Mimi”, daughter, sister, aunt, sister-in-law, and was a caring friend. We celebrate her life and know that her family and friends will cherish the wonderful memories she created for them during her lifetime. Visitation for Jeana Gilby will be held Tuesday, February 15, 2022 from 5:00-6:30 PM at Holman Howe Funeral Home in Lebanon, MO. Funeral services will be held Wednesday, February 16, 2022 at 2:00 PM at Southern Heights Christian Church in Lebanon, MO. Burial will take place privately at Hufft Cemetery. A memorial has been established and contributions made be at Holman Howe Funeral Home.

The family of Jeana Pollock Gilby (Lebanon) created this Life Tributes page to make it easy to share your memories.