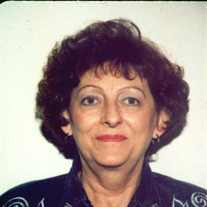 Jeanetta Eulene Litty, daughter of Ervin and Marie McMurry Riddle, was born July 27, 1935, in Fordland, Missouri. She departed this life Saturday, April 23, 2022, in Northridge Place, in Lebanon, Missouri, at the age of eighty-six years, eight months, and twenty-six days. On May 31, 1952, she was united in marriage to Jammie W. Litty and to this union one son was born. She was preceded in death by her parents; and a brother, Cecil “Junior” Riddle. Jeanetta is survived by her loving husband, Jammie, of the home, near Lebanon, Missouri; a son, Jim Litty, and his wife, Patricia, of Lebanon, Missouri; three grandchildren, Jessica Litty, James Matthew Litty, both of Lebanon, Missouri; and Jacob Litty, and his wife, Jes, of Lebanon, Missouri; as well as a host of other relatives and friends. She was born and raised in the Fordland community and attended Wagner School before graduating from Fordland High School. She then moved to Kansas where she was a secretary at Boeing Airplane Company for 14 years. After returning to Fordland, she and Jammie co-owned Litty’s Market for a few years. They then moved to Seymour, Missouri and from there to Lebanon in 1969. Through the years, she was a devoted homemaker to her husband and family. She established Professional Realty with some partners and was very successful at that for some time. She then began Bryan Travel Agency which she operated for several years before selling to Great Southern Savings and Loan, and continuing to work for them for ten years. She had served on the Missouri State Board of Realtors Association and the Lebanon Board of Realtors for a number of years. God saved Jeanetta’s soul at the Union Chapel Baptist Church near Fordland when she was a young lady. For most of her life she had been a member of First Baptist Church in Lebanon. She was a member of one of the local P.E.O. organizations in Lebanon and very supportive of Cottey College. She and Jammie were also supporters of the Missouri State Alumni and Athletic Associations. She enjoyed playing bridge and belonged to a couple of bridge clubs. Her family was very dear to her and she especially enjoyed her grandchildren. Jeanetta was a loving wife, mother, grandmother, and was a caring friend. We celebrate her life and know that her family and friends will hold tight to the wonderful memories she created for them during her eighty-six years. A memorial has been established for P.E.O at Cottey College and contributions can be made at the funeral home.

The family of Jeanetta Eulene Litty (Lebanon) created this Life Tributes page to make it easy to share your memories.