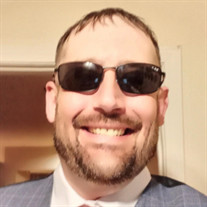 Jeremiah John Salzman, son of John and Nancy Bielefeld Salzman, was born August 11, 1983, in Joliet, Illinois. He departed this life Monday, April 25, 2022, in Freeman Hospital in Joplin, Missouri, at the age of thirty-eight years, eight months, and fourteen days. He was preceded in death by his maternal and paternal grandparents. Jeremiah is survived by a son, Dayton Salzman, of Swedeborg, Missouri; his parents, John and Nancy Salzman, of Richland, Missouri; two sisters, Cassandra Elliot, of Lebanon, Missouri, and Maryanne Salzman, of Springfield, Missouri; a number of nieces and nephews; as well as a host of other relatives and friends. He was born and raised in Joliet, Illinois, and then moved with his family to Richland, Missouri when he was teenager. He then graduated from Richland High School. He worked at various jobs including working at Copeland Industries, Bear Trailer Company, and Tracker Marine before going to welding school in Tulsa, Oklahoma. He had made his home in Tulsa for the last several years, and was employed by Integrity Staffing Solutions, Inc., and was recently awarded “Employee of the Month”. He was President of Oxford House Rehab. He enjoyed going to casinos and liked being around people. He was mechanically inclined and liked working on cars. He was kind hearted and had a wonderful sense of humor and could always make people laugh. Jeremiah was a loving father, son, brother, uncle, and was a caring friend. We celebrate his life and know that he will be fondly remembered and greatly missed by all those who knew and loved him. A Memorial has been established for St. Judes Hospital and contributions may be made through the Funeral Home.

The family of Jeremiah Salzman (Lebanon) created this Life Tributes page to make it easy to share your memories.

Send flowers to the Salzman family.