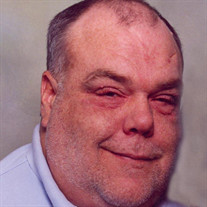 Jerry Alan Vess, son of Homer and Charlene Hicks Vess, was born August 3, 1962, in Kansas City, Kansas. He departed this life Tuesday, June 8, 2021, in Mercy Hospital, in Springfield, Missouri, at the age of fifty-eight years, ten months, and five days. On February 17, 1994, he was united in marriage to Elizabeth Ann Ortiz, and to this union two daughters were born. Jerry is survived by his wife, Elizabeth, of the home; three daughters, Candace Wilson, Rachael Vess, both of Lebanon, Missouri, and Jessica Cruse, of Kansas City, Kansas; nine grandchildren, John, Nathan, Hailey, Eli, Natalie, Skylee, Jason, Braylee, and Addison; a great-grandson, John, Jr.; his parents, Homer and Charlene Vess, of Lebanon, Missouri; his foster son, Earl Lokrantz; as well as a host of other relatives and friends. He was born and raised in Kansas City, Kansas, and graduated from high school there. In 1994, he moved to Lebanon, Missouri, and made his home. After he and Elizabeth were married, they made their home near Lebanon, and lovingly raised their family. He worked for Container Packaging Company and then for Page Printing Company for a number of years. At the age of ten, he made his profession of faith in Christ. He greatly enjoyed being outdoors where his favorite activities were fishing, hunting, and boating. He was light hearted and had a delightful sense of humor. His family was very important to him and he especially enjoyed having time with his grandchildren and great-grandchild. Jerry was a loving husband, father, grandfather, great-grandfather, son, and was a caring friend. We celebrate his life and know that his family and friends will treasure the wonderful memories he made for them during his lifetime. Services for Jerry Vess will be Friday, June 11 at 2 p.m. in the Holman-Howe Funeral Home with Rev. Greg Turner officiating. Visitation will be held from 1 - 2 p.m. in the funeral home. Burial will be in Mount Rose Memorial Park.

The family of Jerry A. Vess (Lebanon) created this Life Tributes page to make it easy to share your memories.