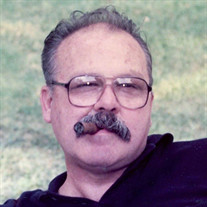 John Patrick Cunniffe, son of William and Rose Cunniffe, was born April 9, 1942, in Patterson, New Jersey. He departed this life Monday, September 20, 2021, in Quail Creek Rehabilitation Center, in Springfield, Missouri, at the age of seventy-nine years, five months, and eleven days. On October 9, 1971, he was united in marriage to Nancy Louise Pearson, and to this union one son was born. He was preceded in death by his parents; his wife, Nancy, on August 24, 2015; and a brother, Paul Cunniffe. John is survived by his son, John Cunniffe, and his wife, Natasha, of Stockholm, New Jersey; three grandchildren, Riley, Falyn, and Liam Cunniffe; as well as a host of other relatives and friends. He was raised in Wayne, New Jersey, where he graduated from high school. He entered the military as a young man, and served his country faithfully in the United States Army for four years. During part of his time in the Army, he was stationed at Fort Leonard Wood, Missouri, and worked with the military police. After retiring he and Nancy made their home in New Jersey and lovingly raised their son. John worked as a police officer for many years before retiring. John fell in love with Missouri when he was stationed at Fort Leonard Wood and he and Nancy retired to Lebanon and made their home. They enjoyed Branson and all of the area. He was a private man that enjoyed taking care of his home. He loved his family dearly and especially enjoyed having time with his grandchildren. John was a loving father, grandfather, and was a caring friend. We celebrate his life and know that his family and friends will treasure the wonderful memories he made for them during his lifetime.

The family of John P. Cunniffe (Lebanon) created this Life Tributes page to make it easy to share your memories.

John Patrick Cunniffe, son of William and Rose Cunniffe, was...