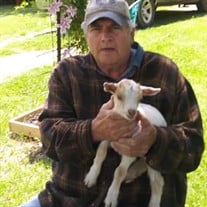 John Mark Gormley, son of Arthur Gormley, Sr. and Rosalea King Gormley, was born March 26, 1954, in Fulton, Missouri. He departed this life Wednesday, September 29, 2021, in his home, near Lebanon, Missouri, at the age of sixty-seven years, six months, and three days. He was preceded in death by his father; his paternal grandparents, Lloyd and Pearl Gormley; and his maternal grandparents, Doug and Rose King. John is survived by a son, Johnny Gormley, and his wife, Shelly, of Lebanon, Missouri; two step-daughters, Ursula Caldwell, and her husband, Jason, and Tonia Castaneda, and her significant other, Aaron; a step-son, Luke Malott, and his wife, Shannon, of Phillipsburg, Missouri; ten grandchildren; three great-grandchildren; his mother, Rosalea Gormley, of Lebanon, Missouri; three brothers, Art Gormley, and his wife, Claudette, of Richland, Missouri, Lloyd Gormley, and Tim Gormley, and his wife, Tammy, all of Lebanon, Missouri; a sister, Belinda Steinkoenig, and her husband, Joe, of Granite City, Illinois; several nieces and nephews; as well as a host of other relatives and friends. He was raised in the Richland, Missouri area, and was a bit of a wild and ornery child. He liked to go camping and make trips to Tunnel Dam. He made his life on his farm, near Lebanon and enjoyed raising goats and cutting wood. John had made his profession of faith in Christ and was a member of Pleasant Grove Baptist Church. He enjoyed building bird houses, hunting and fishing. He cared for his mother for seven years, and felt that was a special time with her. He liked being outdoors and loved his pet dog, “Tiny”. His family was very important to him and he especially enjoyed his grandchildren and great-grandchildren. John was a loving father, grandfather, great-grandfather, son, brother, uncle, and was a caring friend. We celebrate his life and know that his family and friends will hold tight to the wonderful memories he made for them during his lifetime. Graveside services for John Gormley will be Tuesday, Oct. 5 at 2:00 p.m. at Berean Cemetery in Richland, Missouri. A visitation will be at 1 p.m. on Tuesday, Oct. 5, at Holman-Howe Funeral Home in Lebanon, Missouri. A memorial has been established and contributions may be made through the funeral home.

John Mark Gormley, son of Arthur Gormley, Sr. and Rosalea King Gormley, was born March 26, 1954, in Fulton, Missouri. He departed this life Wednesday, September 29, 2021, in his home, near Lebanon, Missouri, at the age of sixty-seven years,... View Obituary & Service Information

The family of John M. Gormley (Lebanon) created this Life Tributes page to make it easy to share your memories.