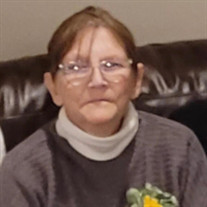 Brenda Kay Devine, daughter of Dewey Floyd and Bonnie Devore Blackburn, was born October 12, 1964, in Kansas City, Missouri. She departed this life Sunday, December 5, 2021, in her home, in Lebanon, Missouri, at the age of fifty-seven years, three months, and twenty-four days. She was preceded in death by her parents; a granddaughter, Kalyn Devine; a brother, Johnny Blackburn; and a sister, Brenda Ashford. Kay is survived by a son, Josh Devine, and his wife, Trish, of Lebanon, Missouri; two daughters, Jennifer Hall, and Shelly Wommack, and her husband, Corey, all of Lebanon, Missouri; the love of her life, Bill Devine, of Lebanon, Missouri; eight grandchildren, Braylon, Kezan, Raegan, Joziah, Trenton, Joshua, Nicolas, and Elizabeth; two brothers, Richard Blackburn, and Randy Blackburn, both of Lebanon, Missouri; a sister, Jo Donna Young, of Lebanon, Missouri; a number of nieces and nephews; as well as a host of other relatives and friends. She lived most of her life in the Lebanon area and attended Lebanon R-III Schools. She was a devoted homemaker to her family through the years. Kay enjoyed listening to Christian television every day and was a sacrificial giver. She centered her life around her family and especially her grandchildren. Kay was a loving mother, grandmother, sister, aunt, and was a caring friend. We celebrate her life and know that her family and friends will hold tight to the wonderful memories she made for then during her lifetime. Visitation will be Thursday, Dec. 9 from 6- 7:30 p.m. Burial will be in the Pleasant Grove Cemetery near Sleeper. A memorial has been established and donations may be left at the funeral home.

Brenda Kay Devine, daughter of Dewey Floyd and Bonnie Devore Blackburn, was born October 12, 1964, in Kansas City, Missouri. She departed this life Sunday, December 5, 2021, in her home, in Lebanon, Missouri, at the age of fifty-seven years,... View Obituary & Service Information

The family of Kay Devine (Lebanon) created this Life Tributes page to make it easy to share your memories.