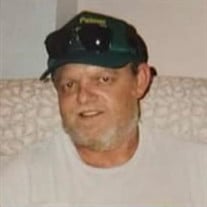 Keith Duane Davis, son of Ira Everett and Virgie Wallander Davis, was born October 24, 1958, in Lebanon, Missouri. He departed this life Monday, March 14, 2022, in his home in Stoutland, Missouri, at the age sixty-three years, four months, and eighteen days. On March 23, 1984, he was united in marriage to Julie E. Rohwer, and they were about to celebrate their thirty-eighth anniversary. He was preceded in death by his parents; and a half-brother, Leonard Ray Smith. Keith is survived by his loving wife, Julie, of the home, in Stoutland, Missouri; three daughters, Barbara McClothern, and her husband, Michael of St. James, Missouri, Veronica Meierer, and her husband, Louis, of Osage Beach, Missouri, and Krystal Ogden, and her husband, Alex, of Marshfield, Missouri; six grandchildren, Briana Archer, Makayla DeVault, Devin Langdon, Jackson Ogden, Maddox Sublette and Nolan Meierer; two sisters, Kay Kneedler, and Elaine Davis, both of Lebanon, Missouri; several nieces and nephews; as well as a host of other relatives and friends. He lived most of his life in the Stoutland and Lebanon area, and attended Lebanon Schools. He worked as a boat loader (forklift operator) for various companies through the years, including, Tracker, Landau, Voyager Boats, and Bear Trailer Company. He was a hard worker, a little hard headed, and loved his morning coffee. He also had a delightful sense of humor. He was a big fan of the Kansas City Chiefs and liked watching wrestling and Super Heroes. He enjoyed playing card games and horse shoes. He liked going to the river and being with family and friends. When he couldn’t be outside, he liked watching westerns. He loved animals of all kinds. Keith made his profession of faith in Christ and was baptized early in his life. He had been a member of High Point Baptist Church. He especially enjoyed having time with his children and grandchildren and loved his family dearly. Keith was a loving husband, father, grandfather, brother, uncle, and was a caring friend. We celebrate his life and know that his family and friends will hold tight to the wonderful memories he shared with them during his lifetime. Services for Keith Davis will be Thursday, March 17 at 6 p.m. at Holman-Howe Funeral Home in Lebanon. Visitation will follow the service. A memorial to Paws and Claws has been established and donations may be made through the funeral home.

The family of Keith D. Davis (Lebanon) created this Life Tributes page to make it easy to share your memories.