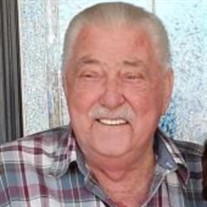 Kenneth Ray Keeney, 77, of Stoutland, Missouri, passed away on January 10, 2022 in Lake Regional Hospital in Osage Beach, Missouri. He is survived by his daughters, Lydia Briscoe and her husband, Alan of Roach, Missouri and Lynetta Smith and... View Obituary & Service Information

The family of Kenneth R. Keeney (Camdenton) created this Life Tributes page to make it easy to share your memories.

Kenneth Ray Keeney, 77, of Stoutland, Missouri, passed away on...