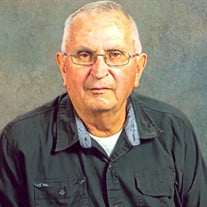 Kenneth Laverne Ruble, son of George and Martha Yates Ruble, was born April 27, 1948, in Garden City, Kansas. He departed this life Wednesday, July 14, 2021, in Lake Regional Hospital, in Osage Beach, Missouri, at the age of seventy-three years, two months, and seventeen days. On December 18, 1970, he was united in marriage to Barbara Sue Bailey, and to this union two daughters and two sons were born. Kenneth and Barbara celebrated their Fiftieth Golden Wedding Anniversary in 2020. He was preceded in death by his parents; four brothers, Arlis, Leonard, Leland, and Russell Ruble; and a sister, Judy Porter. Kenneth is survived by his loving wife, Barbara, of the home; two daughters, Karla Sutton, and her husband, Stephen, of Lebanon, Missouri, and Elizabeth Shelton, of Springfield, Missouri; two sons, Matthew Ruble, and his wife, Mandy, and Kenneth Ruble, and his wife, Michelle, all of Lebanon, Missouri; eleven grandchildren; one great-grandchild, and another one eagerly anticipated; three brothers, Jack Ruble, of the State of Oregon, Luke Ruble, of Springfield, Missouri, and Hobert Ruble, of Lebanon, Missouri; four sisters, Georgia Porter, of the State of Maine, Mary Martin, and Diana Myers, both of the State of Washington, and Helen Wheeler, of the State of Oregon; several nieces and nephews; as well as a host of other relatives and friends. He was raised in Washington and Oregon, and then moved to the Lebanon and Falcon, Missouri areas in his early adult years. He worked throughout his life as a truck driver and in shipping and receiving for Shop and Save. After he and Barbara were married, they made their home near Lebanon and lovingly raised their family. Kenneth was a longtime member of the Church of Jesus Christ of Latter Day Saints. He and Barbara were sealed in the Idaho Falls Temple on April 12, 1974. One of the highlights of his life was a mission trip to the Ukraine. In his spare time he liked being outdoors where fishing was his favorite activity. His family and his church were always central in his life. His family was very important to him and he especially enjoyed time with his grandchildren and great-grandchild. Kenneth was a loving husband, father, grandfather, great-grandfather, brother, uncle, and was a caring friend. We celebrate his life and know that his family and friends will hold tight to the wonderful memories he made for them during his lifetime. Services for Kenneth Ruble will be Monday, July 19 at 10 a.m. at the Church of Jesus Christ of Latter Day Saints. Visitation will be Sunday, July 18 from 3 - 5 p.m. at Holman-Howe Funeral Home. Burial will be in the Bailey Family Cemetery. Funeral arrangements are under the direction of Holman-Howe Funeral Home of Lebanon, Missouri.

The family of Kenneth L. Ruble (Lebanon) created this Life Tributes page to make it easy to share your memories.